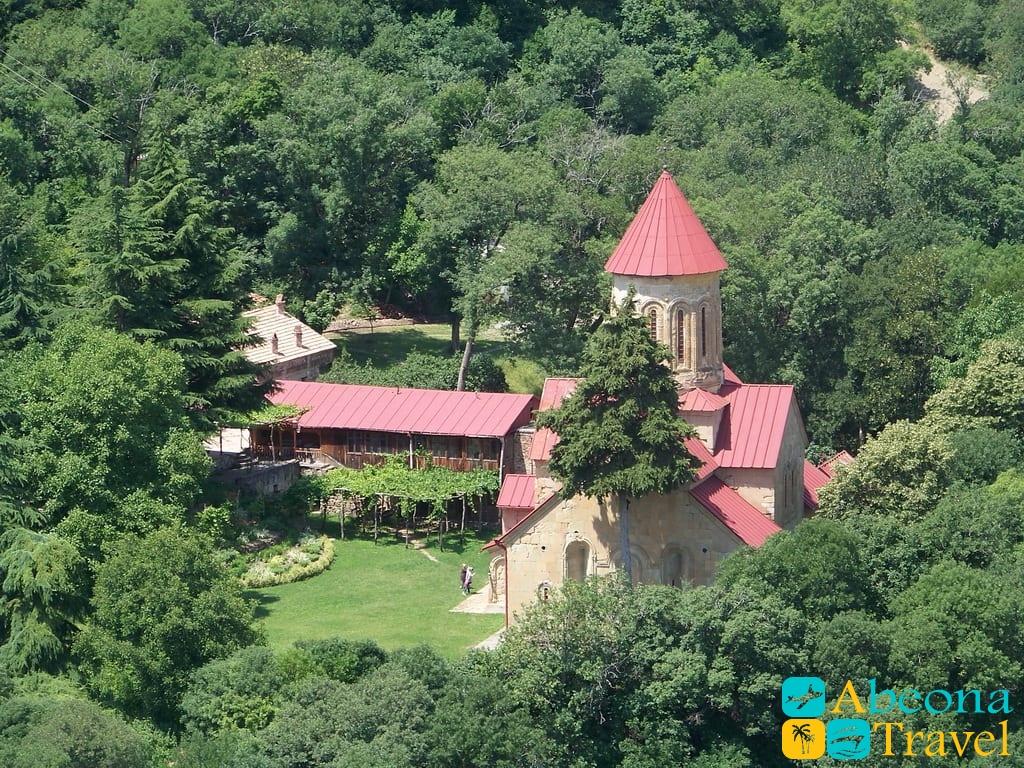 Betania Monastery in honor of the Nativity of the blessed virgin Mary, better known as Georgian Bethany — monastery Mtskheta-Tbilisi diocese of the Georgian Orthodox Church. The monastery is rightly called one of the best examples of Monastery Metanephrogenic temple architecture. The monastery is named after the Palestinian village of Beit Ania, it is the same Bethany in the Russian version, where dwelt Martha and Mary, and the Lord raised Lazarus. Here, according to legend, often rested the Holy Queen Tamara.

In XI century the monastery already existed as a specially built tomb of representatives of a large feudal family Orbeli. Later it was the burial place of Baratashvili’s family. Over time, the monastery was abandoned and came to desolation, and even its place was forgotten. In the 1850s, here accidentally wandered architect and artist Gagarin, who at that time served as Governor Vorontsov and became famous for painting the Cathedral of Zion. Gagarin found a dilapidated temple, made his way into it and, to his surprise, found there a fresco with the image of Queen Tamara.

In Soviet times, it was the only monastery in which monastic and liturgical life continued, although officially the monks were decorated as Museum keepers. In 1978, Bethany became the first monastery to open in Soviet times.

To date, the monastery has preserved a large cross-domed Church dedicated to the virgin Mary and decorated with paintings. There are preserved ancient frescoes depicting the Royal Georgian family, icons with scenes from the Bible, the altar of the Church is richly decorated with floral ornaments, among the plexuses of which are inscribed brief prayers or verses from the Psalm. From the West to the Church adjoins a small Church, built in 1196 in the name of St. George the victorious. Still preserved a wide arched passage in the lower floor of the tower, which is both a bell tower. The temple in Bethany, presumably, was built at the turn of the XII—XIII centuries. (during the reign of Tamar) — on the site of an ancient temple belonging to the XI or even X century.