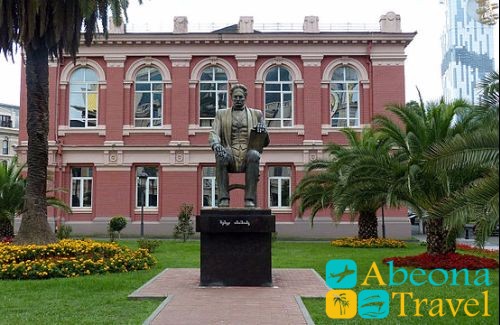 Mehmed Abashidze house-museum was opened on August 10 of 1992, when Aslan Abashidze, his well-known grandson, was acting as head of the Adjarian Republic. The museum was founded by a talented historian, professor Teimuraz Komakhidze. His name is associated with the opening of not one museum in Batumi.

This is a kind of tribute to the memory of those deeds and exploits for the benefit of preserving the territorial integrity of Georgia. ade by the Chairman of the Committee for the Liberation of Muslim Georgia, Mehmed Abashidze and his associates in 1918-1921. Mehmed-bey was an extremely educated personality. Beloved and respected by the entire population of the region.

The house-museum is located in the very center of the city, on the prospect of Mehmed Abashidze. There is also a wonderful monument of this genius person nearby. The museum is visited by schoolchildren, foreign tourists. They mark significant events in the life of the country.