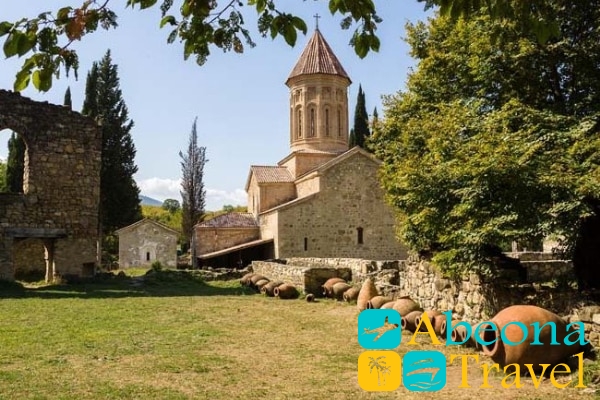 Ikalto Monastery is the first in Kakheti and one of the first in Georgia. It was founded in the VI century by one of the Christian preachers in Georgia, the so-called “Assyrian fathers” — Zeno of Ikalto. Unfortunately, the temples of the monastery were rebuilt many times. To date have reached a later version (the earliest date back to the VIII century).

The same period includes the construction of the monastery davilen for grapes and wine storage. In the XII century during the reign of David the Builder here built the assumption Church with attached to it the body of the Academy. Unfortunately, it was burned by Shah Abbas in 1616. Since then, the monastery almost ceased to function. Its restoration was engaged only in the XIX century. 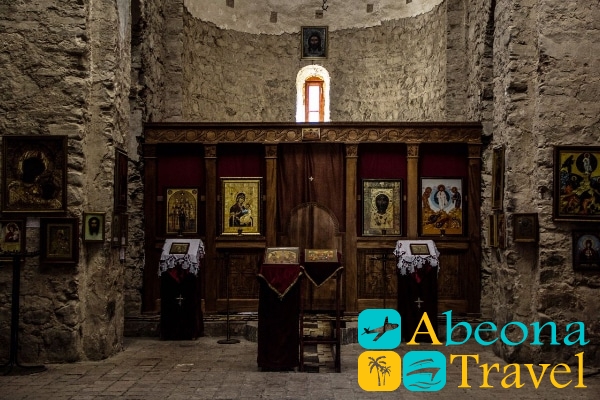 Currently, on the territory of Ikalto monastery you can see buildings Dating from different eras. At the entrance you can see the temple of the Holy spirit VII–IX centuries of construction. Inside the temple, near the altar are grave of the founder of the monastery Zenon of iqalto served.

To the left of the temple is the Church of the Holy Trinity VI century buildings. To the right of the Church there are remains of buildings. Archaeologists believe the former home of the Bishop. Next to well preserved Marani XI–XIII centuries, the ancient wine press and Kvevri. Another later Church near the main temple — the assumption of the virgin. The construction of which is dated XII–XIII centuries. On the territory of the monastery were the ruins of the Academy, which had 2 floors. The ancient Ikalto Academy is famous for the fact that here, according to legend, an outstanding Georgian poet of the XII century – Shota Rustaveli studied.