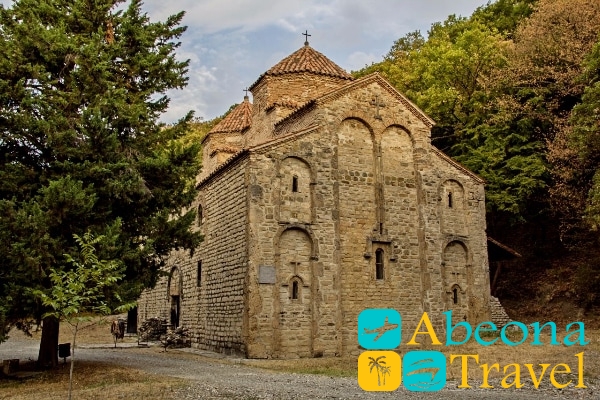 The temple of Kvelatsminda near the village of Vachnadziani – or “temple of All Saints in Vachnadziani”, or just vachnadziani monastery. In the VI — VII centuries the first Church in the form of a Basilica was built, which was later destroyed by a landslide. Fragments of the Basilica have survived to this day. This is a rare case of a temple that did not collapse from top to bottom, but from the West to the East. In VIII — IX centuries the Church of Kvelatsminda was built. 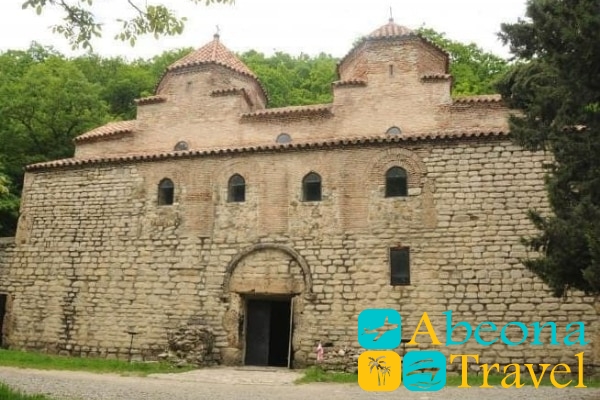 This Church is unique in that it is the only one preserved in Georgia with 2 domes. There is another feature at this temple is the first Georgian Church, whose present architectural element called “Pandatel” or “Sails”. It is an element in the form of a spherical triangle that distributes the load of a round dome on a square base. “Sails” were known in Rome from the II century, but were rarely used. In Byzantium they began to spread in the VI century, and in Georgia even later.

There is a legend among the locals that when the military actions took place in the area, monks and locals were hiding in the Church of Kvelatsminda. Once a woman with a child did not have time to hide, and she had to sit right under the walls of the temple, breastfeeding the baby. Since the woman had a lot of milk, it flowed directly to the walls of the Church, which went up to cover the woman. Since then, the mothers of Georgia, who have little milk to feed the child, come to this Church to pray. Currently, the Church houses the icon of St. Michael the Archangel, which is myrrh-streaming.