Lagodekhi nature reserve is a wild area of nature, is not called the sanctuary, and “Lagodekhi protected areas”. One part of the reserve is open for excursions.

Here you can visit: 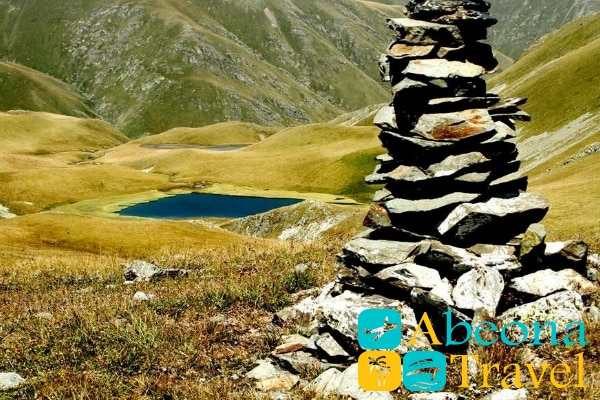 Lagodekhi (Shromi) waterfall Lagodekhi waterfall referred to by its proximity to the Lagodekhi and Shromi from the fact that his “mother” is the river, Shromiskhevi – Shromi or Shromka native Russian. The river is small, shallow, knee – deep, but crystal clear, cold and noisy. Flows through rocky riverbed in some places are forming miniwoody and backwaters. Around the magnificent forest, centuries-old trees with vines hanging to the ground, thick bushes, wild flowers. Many springs and hydrogen sulfide sources.

Kurganinskiy (Sinegorskiy) waterfall – this waterfall is an absolute and undeniable handsome Lagodekhi reserve. Going to him longer and harder than the first, but it’s worth it. Waterfall is located between the former Russian settlement of Ninigori (formerly Mikhailovka and budenovka) and the lesser Caucasus mountains. The road to the waterfall, passing through a couple of kilometers into the trail, goes through a wide, open sun gorge of the river Ninos-Hevi. Liana forest, numerous streams, multi-ton river stones make the gorge very picturesque.Lagodekhi Park 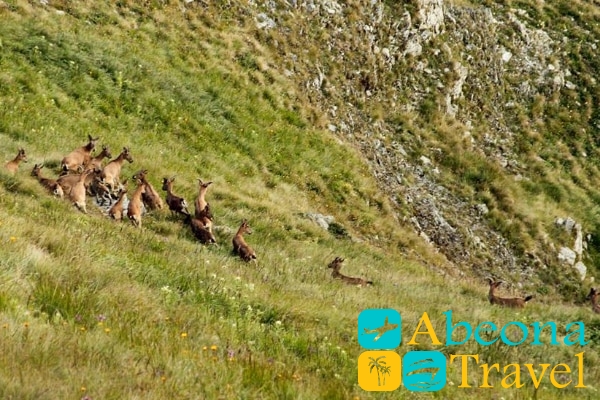 Fortress Magic-tsikhe – the Remains of the ancient Georgian towns, the fortress and the Church of 4-5 kilometers from the Lagodekhi ( 7-8 century ad). In those days, the population “clung” to the mountains, thus avoiding the sultry and disastrous climate of the valley – the home of deadly malaria. The route is also interesting because it goes to the forest, the gorge of the river Malisheve that divides Georgia and Azerbaijan. This river is more powerful than other rivers of the reserve, and the gorge, respectively, is wider and more open. The fortress itself is located high above the river, on a steep slope of the mountain, which offers beautiful views of the surrounding area.

Black Rock lake is up to 3000 meters above sea level (lake). There’s a small weather station. Meteo house stands at an altitude of 2000 meters, on the border between the forest and Alpine meadows, on a flat area of the mountain slope.

Lagodekhi has its Russian origin since 1830, with the construction of a Russian military fortification that protected Georgia from the raids of 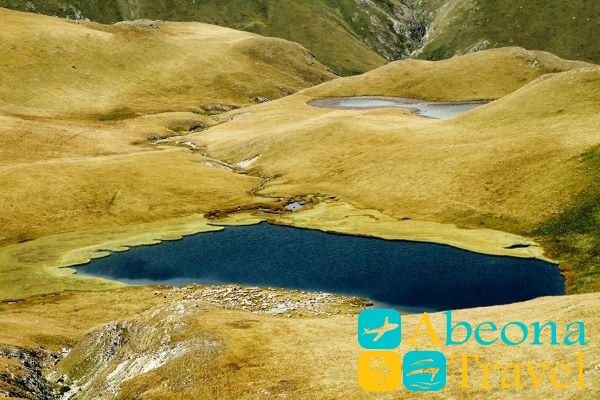 Dagestanis. Over the years, the place became the headquarters of the regiment and remained so until the revolution of 1917. Here you can visit the Cathedral of our lady of Kazan – the former military Church, which during the trip to the Caucasus was visited by the Emperor Nicholas II; he then gave the Church an Icon of the Mother of God lagodechiana. The icon is still in a place of honor, a mystical story happened to her after the revolution: she cried when the peasant, who got it after the Bolsheviks closed the Church, tried to saw her copper salary for economic needs.

On the same street – perfectly preserved, but completely neglected, the building of the military barracks of the 19th century – a monument of architecture. Russian cemetery. On the Orthodox cross, – the names of Russian people. Many of them were born in Lagodekhi in the 19th century – children and grandchildren of the first settlers. Here is the tomb of Ludwig Mlokosevich, a famous naturalist and Explorer of the nature of the Caucasus and Persia in the 19th century.