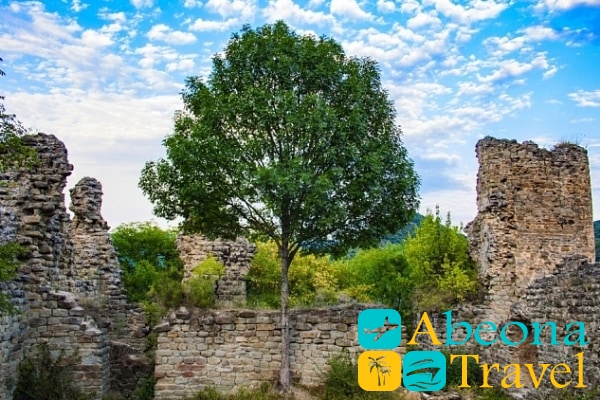 Fortress Ujarma is one of the most important monuments of medieval architecture of Georgia due to its location and historical significance. Since the III century the fortress was the residence of the kings and heirs of the throne. The main flowering of Ujarma occurred in the V-VI century ad. During the reign of Vakhtang Gorgasali and his son Dacha.

At that time, the city citadel with high walls, observation and defensive towers. As well as the residence building and the Church were erected. The fortress was one of the main outposts in the defense of the country against periodic invasions of Arab and Persian troops. And in the XII century the Royal family moved here the state Treasury. Later, under the influence of such factors as the Mongol yoke, the disintegration of Georgia into separate principalities and civil strife, Ujarma gradually fell into decay, turning from a prosperous city into a small settlement, and eventually completely emptied. 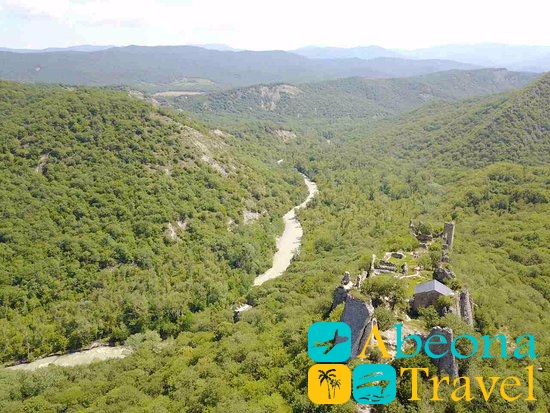 To date, in Ujarma little remains of the former majestic fortress – the small ruins of the once high walls and watchtowers, as well as the current temple of St. Razhden. However, ujarma fortress is perceived by many as an excellent observation deck with magnificent views of the Gombori mountain ranges and the Iori river flowing at the foot of the hill on which the fortress stands. Ujarma rarely impressive, like a fortress, but almost all impressive viewpoint.

What’s left of the fortress: