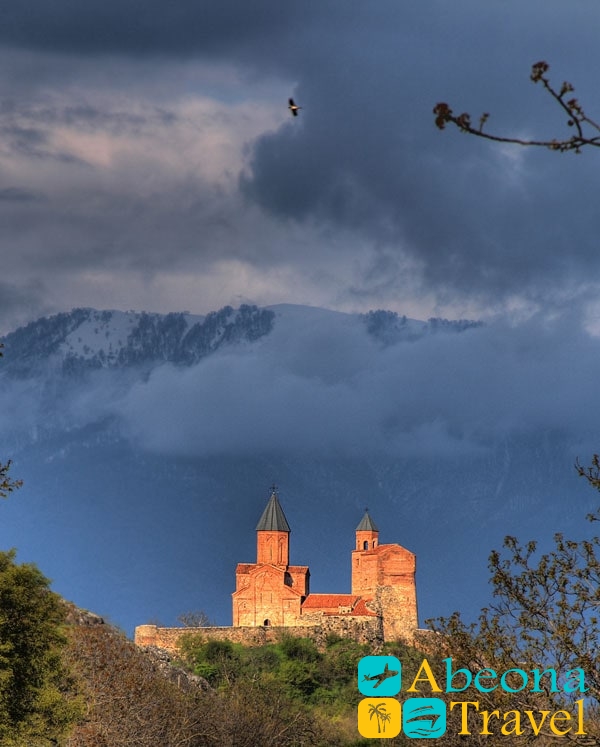 One of the most beautiful castles in the country and certainly the most spectacular in Kakheti. Gremi Palace is amazing for its size and amazing insight of its architects. One wonders how they could in the 15th century to calculate that this rough rock can build such a powerful structure, quietly and gracefully writing it into the landscape. Be that as it may, today Gremi castle is considered to be the pearl of the wine region of Kakheti. And is not accidentally listed as a point of each excursion in the region.

The architectural ensemble of Gremi in the form in which it has reached our days. Gremi Palace built in the XVI century under king Levan of Kakheti. His wife (Tinatin) founded the monastery of New Shuamta. He also declared Gremi the capital of the Kakhetian Kingdom. By order of Levan, a Palace and churches 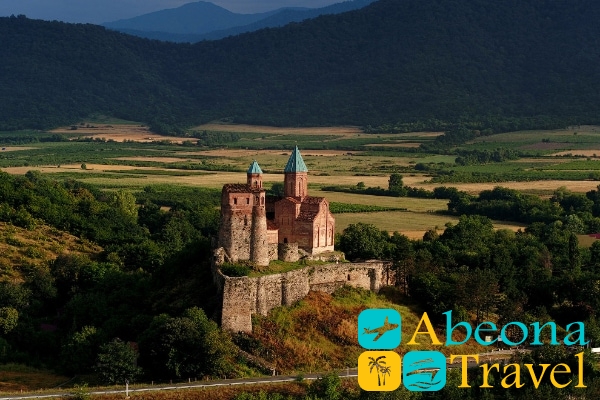 were built on a small mountain, and at the foot of it a rich commercial city with a population of more than 100 thousand people grew. Wedding Levan and Tinatin happened in Gremi. In 1565 on the same rock the Archangel Church was built and the Archangel monastery was founded.

Levan’s rule was peaceful, but because of Kakheti Kingdom when it achieved economic prosperity and became stronger. History shows that one of the branches of the legendary silk road passed through Gremi at that time. It greatly contributed to the prosperity of the city. Levan died in 1574 and was buried in this Archangel Church.

Alas, Gremi did not last long, only a century and a half. Already at the beginning of the XVII century it was destroyed to the ground by the troops of the Iranian Shah Abbas I. the Archangel Church and bell tower survived the Shah’s military campaigns and exist to this day. In the last years of existence of the city of Gremi in it lived the great Martyr Ketevan. The Persians killed her in 1624. Since then it is considered as a patroness and in Gremi Archangel Church she performs daily prayers.

After that, the city could not fully recover, and In the middle of the XVII century the Kakhetian rulers moved the capital of the state to Telavi.