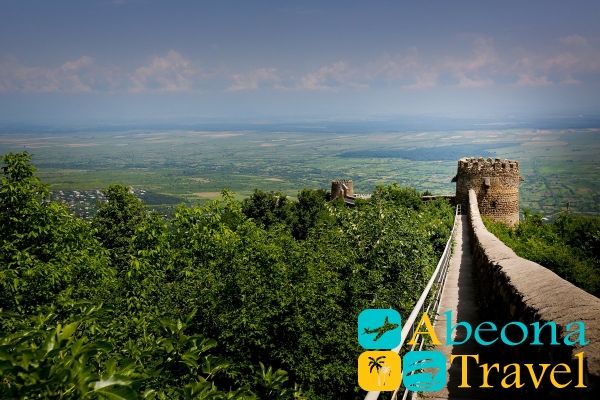 People from ancient times inhabited the Alazani valley. And to protect themselves from enemies, built powerful fortresses.

One of them was Sighnaghi Fortress. Construction of the fortress was started during the reign of Queen Tamara in the XII century. And completed – in the XVIII century under Irakli II.

Once it occupied an area of about 40 hectares. The fortress walls repeated the outlines of the mountain. It is safe to say that no one has ever managed to capture the fortress.

The fortress is located a little further from the settlements. It suggests that it was used only in wartime to hide people. The walls of the fortress are fortified with towers every 20-30 meters. To date, 28 towers have survived, almost all of them are not similar to each other. The total length of the walls is more than 4 km.