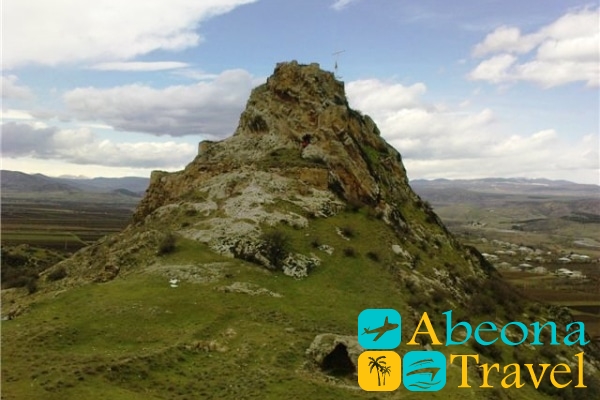 Chapala fortress is a little-known fortress of Georgia, located on a strategically important peak for the past centuries. From historical and archaeological data it is known that the approximate date of construction of the fortress X century. The upper castle of the fortress was built on a high rock; under it, there was a lower fortress, where there were ruins of baths and partially walls. In the texts of the XVII century a couple of words about this fortress flashed, and we now know that it belonged to the Sologashvili family.

Amelia little known, although here there was a Russian General Salahov (1756-1820). In 1749, the fortress became the property of the princes Orbeliani. It is strange that the fortress did not appear on the famous map of Vakhushti Bagrationi, which marked almost 500 Georgian temples and fortresses – and this in the same XVIII century, when it belonged to Orbeliani and was not yet abandoned. The fortress will not lead to the delight of history lovers, although from the top of the fortress there are stunning views of the surrounding plains