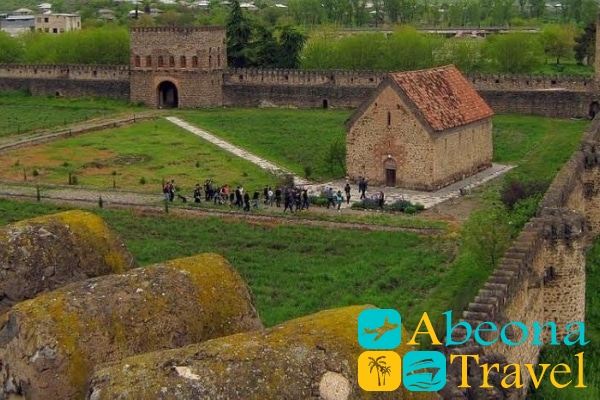 Kolagiri fortress (Queen’s Fortress), standing on the territory of Kvemo Kartli. built by Queen Darejan, wife of king Heraclius II in 1788-1798. this fortress is one of the last buildings of this type in feudal Georgia. Darejan writes that she built “a fortress and a fence” here. The building, of course, could serve as an Outpost for Tbilisi and, at the same time, in order to shelter the nearby population. This fortress was occupied by the fence on the South side, one of the main roads that are strategically important point.

The fortress-fence is square in plan, with large cylindrical corner towers. Gates are located in the centers of the Eastern and Western walls, of which the main are the first gate. Gate towers, unlike other towers, quadrangular. In addition to these towers, each wall of the fortress has small semicircular towers (from the South and North-five, from the East and West-four).

Today there is a monastery named after the Holy Queen Ketevan.