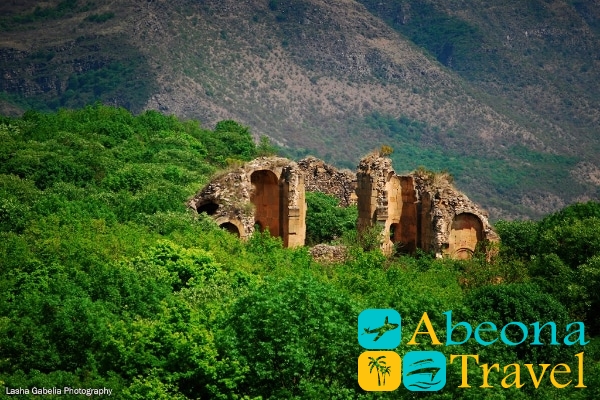 For centuries, the historic Samshvilde was a large city and a reliable fortress of Kvemo Kartli. It was one of the first cities of Iberia. Already from the IV century BC Samshvilde was a well-known city.

The fortress city of Samshvilde has come down to us in the form of ruins, but it is possible to restore the scale of the city itself from these remnants of its former greatness, in which there are the ruins of many churches, the remains of civil structures and infrastructure of the city, fortifications, stone sculptures, etc.

Samshvilde has an ancient history, as evidenced by the caves and places of former settlements, and near them burial grounds. The chronicle attributes the construction of the fortress of Samshvilde to one of the Georgian ethnarchs Kartlos – “Kartlos built the fortress of Orbi, which is now called Samshvilde, and king Parnavaz singled it out as Saeristavo and the city”.

Now on the site of the city there are ruins of temples, the remains of the Cathedral, many foundations, towers and more. All this is densely overgrown with bushes. Here, near the road is a small Church built in the name of St. George. According to the inscription, the Church was built by the tutor of the wife of king Vakhtang V of Kartli, Zilikhan in 1672. This small Church resurrects the image of the Georgian woman Zilikhan, who did not have enough accumulated funds for the construction of the Church throughout her life, and she needed the help of her pupil…

With the formation of the Kartli state in the IV-III centuries BC, Samshvilde was the main city (center) of Saeristavo, and at times-a specific estate (seat of princes). 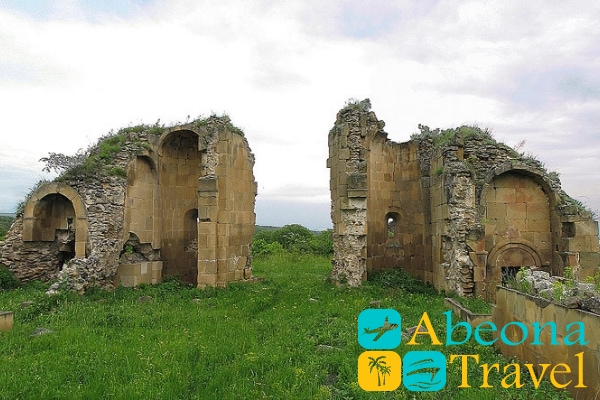 According to the Georgian historical collection ” Kartlis Tskhovreba “(“Life of Kartli”), the mother of the great king Vakhtang Gorgasala Sagdukht in the V century built the first Church, but it has not survived. On this place in 759-777 years Eristav Varazbakuri, and then Eristav Iovane built a domed temple Samshvildsky Sioni… ” the Temple is not only the composition, but also in detail is similar to the temple of Tsromi (in Hashur municipality). Surprisingly clean masonry walls, accurate profiles, remarkable proportions, restrained decor and warm, yellow color of the stone-all this leaves an indelible impression on the viewer, ” writes doctor of arts, Professor Irakli Tsitsishvili.

At the same time, we should not forget that the temple was built in a difficult time for Georgia, when the country was devastated by the invasion of the Arabs, the Christian religion was persecuted and, nevertheless, the Georgian people were inflexible in their faith, did not coward before the enemy and built a grandiose religious building. In addition to this majestic temple, which even in its ruined form impresses with individual fragments of the building, decoration, masonry and other details, there are other religious buildings on the territory of Samshvilde. Among them, the Church of the assumption of the virgin, the three-Nave Basilica, the Zal Church of St. George, on the side of the river Khrami there is another Church – “Theogenida”, which presumably belongs to the XII-XIII centuries.