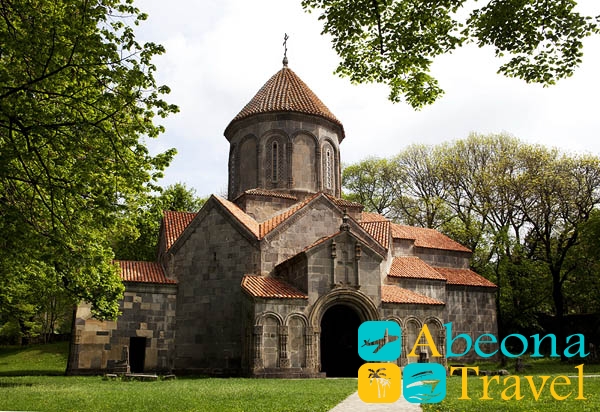 Manglisi Sioni is an important Georgian architectural monument and one of the oldest Christian centers in Georgia. Cathedral of the diocese of Manglis, located in Tetritskaro on the outskirts of Manglisi.

The first Church in England was built in the IV century, under St. Nino. There was nothing left of that first temple. A little later it was rebuilt – it happened in the VI or VII centuries. This temple was built in the form of a tetraconch, that is, had four round apses. At the same time, it was markedly different from the classical tetraconch of the Jvari type, and this suggests that the Manglisi Sioni was built a little later, modifying the classical samples.

In 1002, the Cathedral was restored and completely lost its characteristic forms of the VII century. The Eastern part of the Cathedral, gates and wall decorations belong to the XI century. The painting of the dome also belongs to the same era.