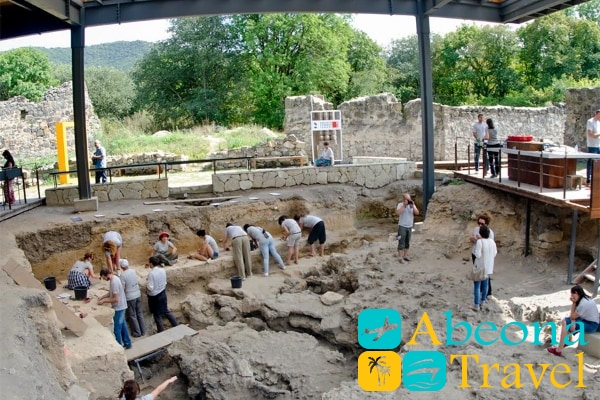 The historical and architectural Museum-reserve of Dmanisi was founded in 1983, and since 2006 it has been a part of the National Museum of Georgia. The Museum in Dmanisi is the first in Georgia, located directly on the territory of archaeological excavations. The architecture of the Museum is adapted to protect important archaeological layers.

The Museum is a medieval settlement, where archaeological excavations are carried out to this day. The medieval ruins preserved the inner fortress, secular and religious buildings. Georgian and foreign experts are conducting studies of the geological layer at the age of 1.8 billion years, which is characterized by numerous finds of ancient hominids and animal fossils.

In recent decades, 5 hominid skulls and 4 mandibles have been excavated in Dmanisi. No layer on the archaeological site in the world has not found so many remains of hominids.

Historical and architectural Museum-Reserve in Dmanisi