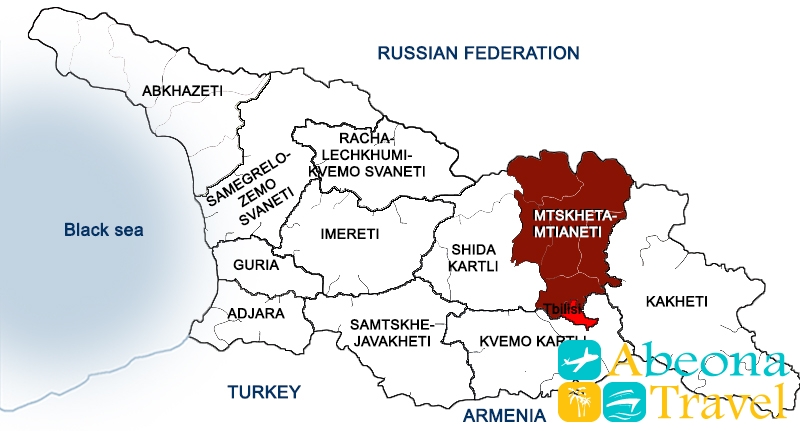 Mtskehta-Mtianeti is modern administrative region in a very center of Tbilisi. Mtskheta is capital and the biggest city. Occupies several Georgian historian districts such as: Ertso-Tianeti, Mtiuletim Khevi, Khevsureti, Pshavi and west part of Inner Kartli. Total square is 6785km2 and population is 105200.