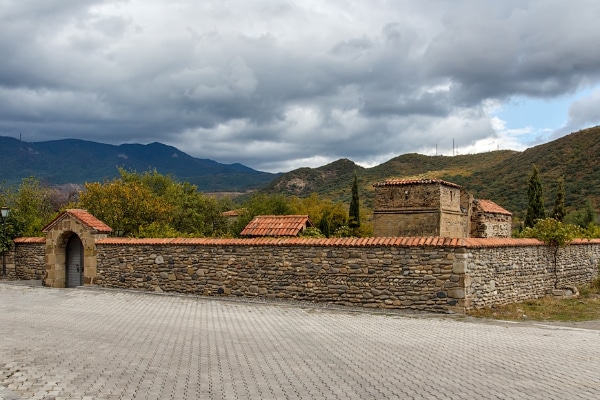 Antioch Church located at the confluence of Aragvi and Kura (Mktvari). Dated by IV and V century, built by king Archil I (the great grandson of king Mirian, the first king converted to Christianity) in 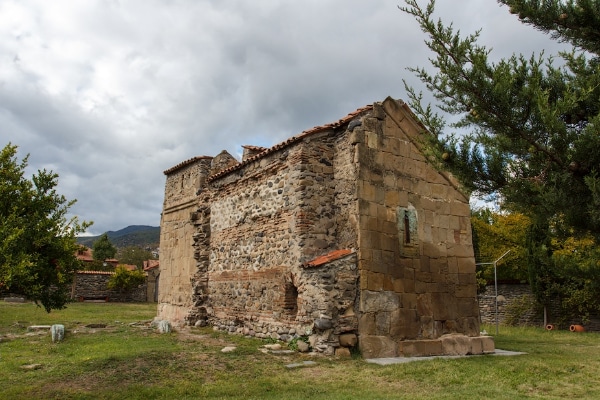 gratitude to God after the expulsion of the Persians.

According to the inscription at the threshold, the architect was the Greek Overlies Akalis. In the 8th century during the Arab invasion under the command of Murvana the Deaf (“the Murvan-KRU” in Georgian – so it called for a special cruelty to the vanquished), the Church was burned and rebuilt in the 15th-18th centuries From the founding of the Church, it has changed a lot. The current building converted from the North of the nave of the old Basilica with three naves of the Cathedral. The tower added in the XVI-XVIII centuries. Masonry walls are heterogeneous. Three walls of the Church built of hewn Sandstone, and the southern wall of the Antioch Church, and the tower is made of stone fragments, river boulders and bricks.