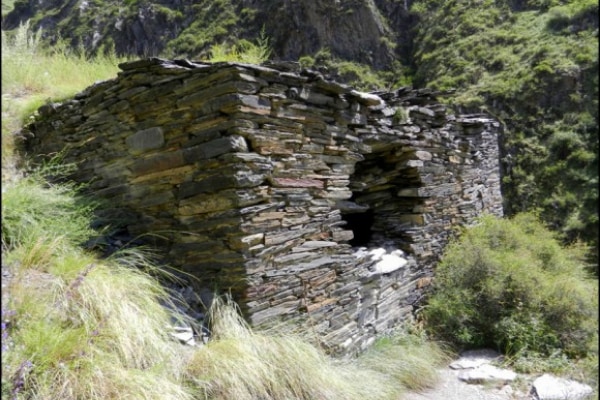 Anatori ruins in Khevsureti located approximately 3km far from Shatili. Life left this place in XVIII century due to a disease send to 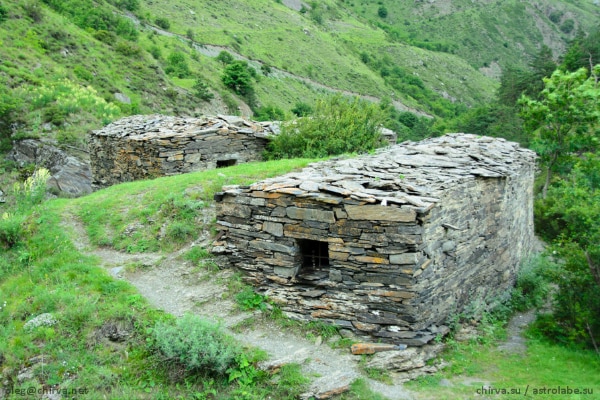 locals by heavenly host for contumely local saint Anatori Cross. There is a lot reasons why locals are guilty over the saint cross (all Khevsureti venerate to this cross) and a lot legend how cross get here, but everybody told that illness is a real reason of Anatori calamity. Once Anatori village was rich and full of happiness. Men had a masterful command in swords and legend told about their courage. Women were faithful and strong.

The people of Khevsureti has original traditions such as “stsorperi: when virgin girl and boy-guest were allowed to sleep in one bed, it was tradition symbolizing faith, self-management and hospitality. Many mouflon harbored in Caucasian mountains and locals where hunting and treating guests.

God blessing locals by sending a pigeon. This heavenly bird went down from the sky and sit down on the hand of the chief monk filling his heart with joy and body revert old strength. However, pigeon flew away monk became ill again 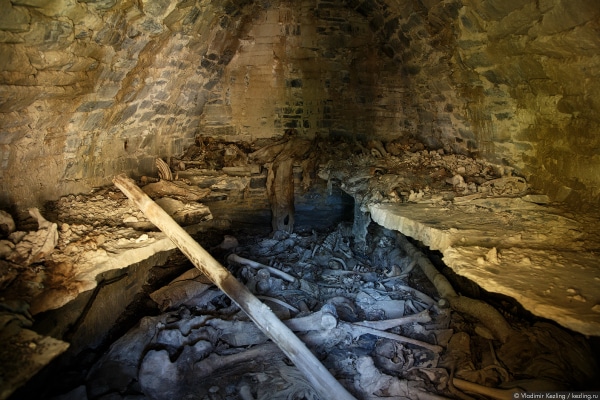 and cannot come soon enough to meet him again.  Once monk want to restrain pigeon by force. He ordered to forge golden chain and cage a bird, but bird lost its strength and then become the curse of Anatori village.

Not far from Anatori ruins on the top of cliff there is a church of Holy Mother dated by IX-X century. It is the most ancient Orthodox Church in Khevsureti; it was prohibited to enter the church. Based on legend pagan-hillman Christianize here.

Not far from Anatori is located the most interesting and relatively inaccessible wld cave of Gandjareuli in surroundings of Racha village Usholta, one of the part of Shkmeri village. Cave named as “Alladin Kingdom”, depth reaches 2km. River flows through the cave, creating a small cascade waterfall. Stallactite and stalagmite are located not far from an entrance. So in order to visit them you should be dress properly. It is too dark inside and you will need to some light source to get back safely.