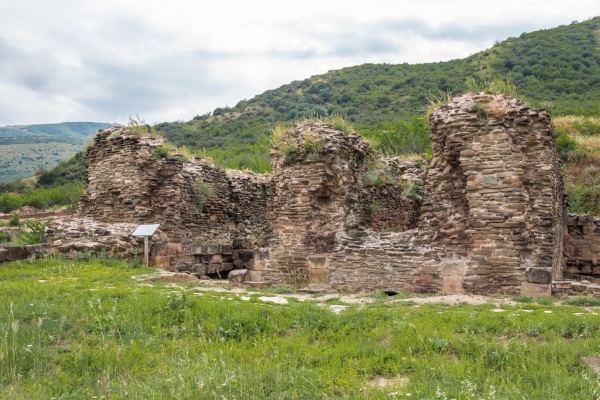 Armazi Fortress located 2km to the north-west of Mtskheta and 22km to the north of Tbilisi, is a part of historian Mtskheta. Ancient town Armazi located here, capital of Iberia Kingdom. Base on recorded chronicle king Pharnavaz (III century BC) established Armazi religion and in his honor built a temple. This fortress stands on the modern mountain, Bagineti on the right hand side of Kura River at the 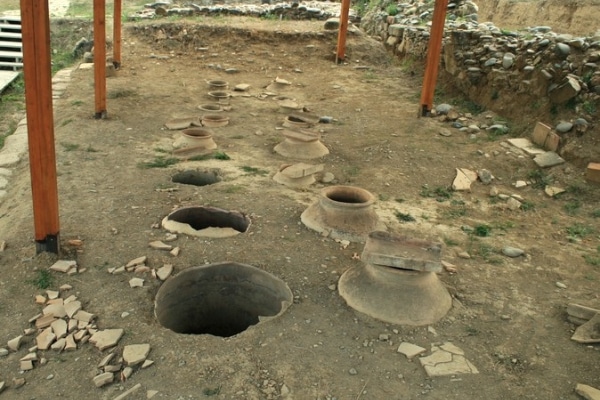 confluence with river Aragvi. Another citadel Tsitsamuri or Sevsamora according to classic authors stands right in front of it, on the left hand side or Aragvi river and control roads to Kazbeg Mountain. Armazi name come from Akhura-Mazda (new Persian Ormuz). Archeological findings founded on site proved familiarity Armazi culture to Zaratushtra religion. Armazi’s heyday was in the first century AC and ruined by Arab invasion approximately in 730 years.

Small excavations on territory conducting in 1890 opened floor moulding puddle wall of the city with stone steps. Two-room apartment cleared out where spalls of female torso of I century was observed. During 1943-1948 conducted large-scale diggings under the guidance of Andria Apakidze from Georgia, which renew in 1985 and are in progress up to date. 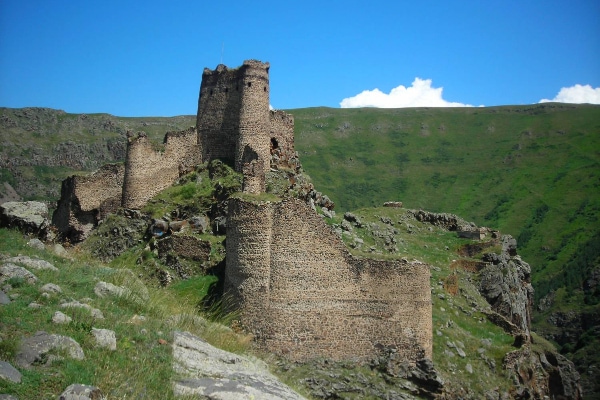 Armazi the first build from massive block stone creating inaccessible foundation, but walls are from sun0dried earth brick, having inside hexastyle hall with tiled roofing. Temple with aspide located in Armazi the second. The third Azmazi is the richest level, built by gently roughhew block of stone connected to each other with lime whitewash and holderbat. The following constructions preserved royal palace, some rich in ornament graves, baths and small lithic tomb.

Archaeological evidence that ancient Armazi was more extensive than today. Strategically location of the city fed on with easy access to Dariali ravine the main road to Greater Caucasus, from where skiff break in in the ancient Middle East.

Name of the city and acropolis Armaztsikhe (არმაზციხე, literally citadel Armazi) usual considering derivation from Armazi the name of all father paganish pantheon Iberia. The name mentioned in early medieval Georgian history, but it is unconditionally lots older and reflecting in classic name Armastika or Garmozika from Straboni, Plinius, Ptolemy and Dionise Casius.