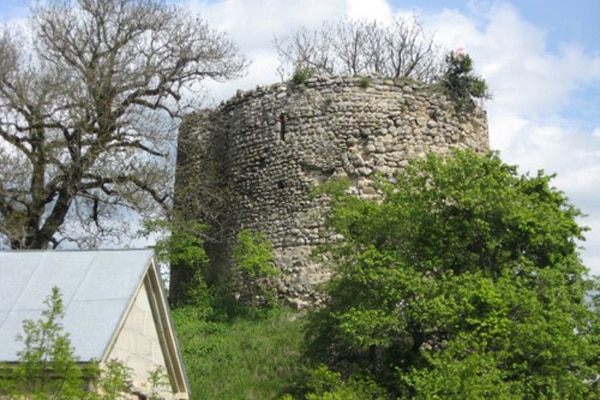 There was a time when Bochorma considered being main strategically point and the one who possessed it has a key of the whole Kakheti. Huge Kakhetian city exist on site the fortress in IX-X century, which survived up to XVIII century and then abandoned. Now you will find here ruins of palace and temple of Bochorma. In historian times located on site of Kakheti Kingdom, dominate over the Iori river ravine, where trade paths went through. Upwards Iori located residence of kakhetian king, to the east ancient city Kvetera. 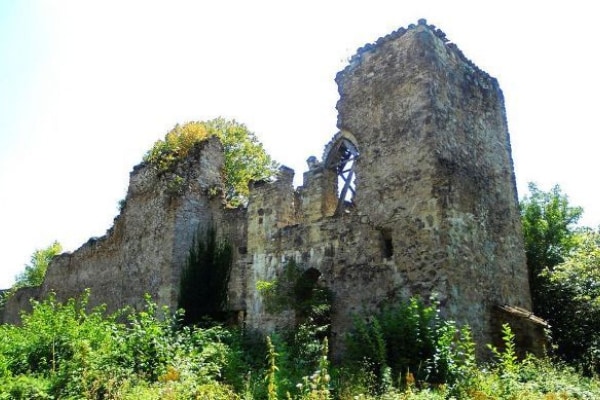 In 914 Udjarma captured and Seldjuks of commander Abul-Kasim occupy Bochorma fortress. Local post leave the fortress according to an order of the king. During next century town pass from hand to hand; occupied by kakhetians then by Abkahzians. Finally pass to the first king of the united Georgian Kingdom Bagrat the third (975-1014); and when Arabs deported from Tbilisi pass to the king David the Builder in 1124 and the fortress lost it self-defensive.

Temple of Saint George built in IX century on site and now known as Bochorma temple. Icon of Saint George with relics was kept in temple. Erekle the second king of Kakheti and Kartli renovated walls of the fortress and add armory by main gun. Renovated fortress serve faithfully and loyally to king up to the end of XVIII century, until Georgia was incorporating with Russian Empire. Now the territory covered by dense forest, around is huge wall, beyond the wall there are temple, praying hall, palace ruins and winery.

6-apside temple of Saint George uplifted in 10th century and is dilapidated. However, you can find writings of 17th century, the time when it was renovated for the last time by king Irakli the second. To the left hand side there is praying hall and cylinder north tower with stone stairs. Wonderful view opens from there. It is the highest point of Bochorma at 1350m above sea level. 20m far there is ruins of three-store palace where the king leaved. To the right hand side there is a building serving as cellar.