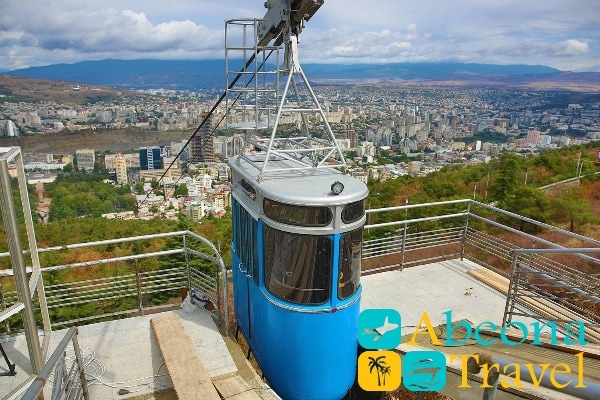 The Georgian mining town of Chiatura, surrounded by cliffs, is 220 km from Tbilisi. It was formed in 1921 on the site of the manganese Deposit. The town lies in a deep valley along the river Kvirila and has about 12 000 inhabitants.

The main attraction of the city is the system of cable roads, which was created during the Stalin era in 1954. It was the first cable roads in the USSR and it operates to this day. Chiatura areas are united with the Central part of the city by passenger air-cable roads. The total length of the cable roads in Chiatura more than 3.4 thousand meters, in the direction Sanatorium – 862 meters, Negoti – more than 1 thousand meters, Liobani — 845 metres, Mukhadze – 640 meters.

Chiatura cable roads are arranged so that there are only 2 trailers on one rope: when one goes down, it helps the other to pull up