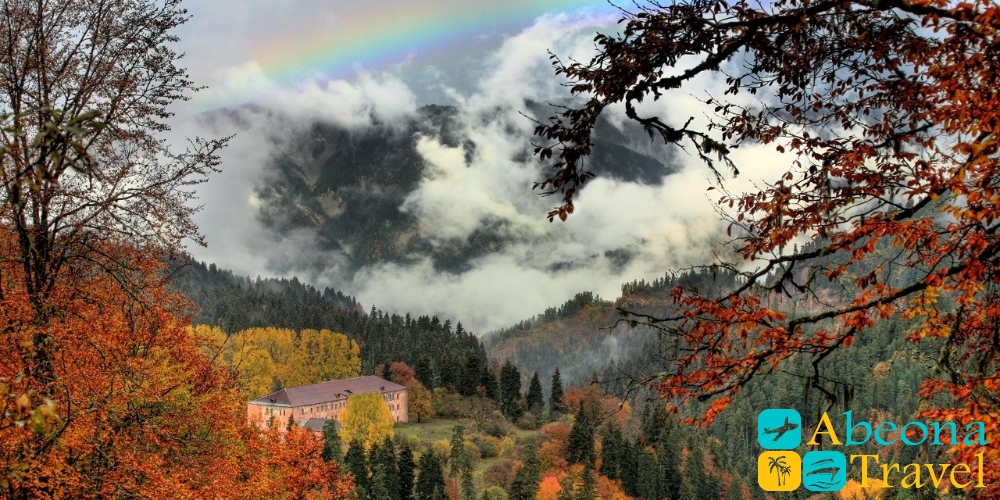 Resort founded in the midst of XIX century and called Abbas-Tuman (Abastumani) was included in Akhaltsikhe region. Foundations dedicated to doctor A.A.Remmerta, military-medical inspector of Caucasus Military. Military hospital for 200 lower rank, 30 officer and 10 women was functioning since 1864 every summer. There were three springs of mineral water Bogatiry, Zmei and Protivozolotushnii.

In 1925, Architect I.A.Ivanov-Shitz had built Sanatoria, tuberculosis hospital, polyclinic and baths building during Soviet rule. Palace Park and heritor tsetsarevich Georgy Aleksandrovich located in the upper part of Abastumani and had met beautiful Georgian duchess Liza Nizharadze, he felt in love and wanted to waive right to Russian throne in order to marry her. Royal family will not allow such a shame. She got married and George passed away in 1899. There is chapel built from Carrara marble. Ensemble of art frescoes done by Mikhail Nesterov located in the temple 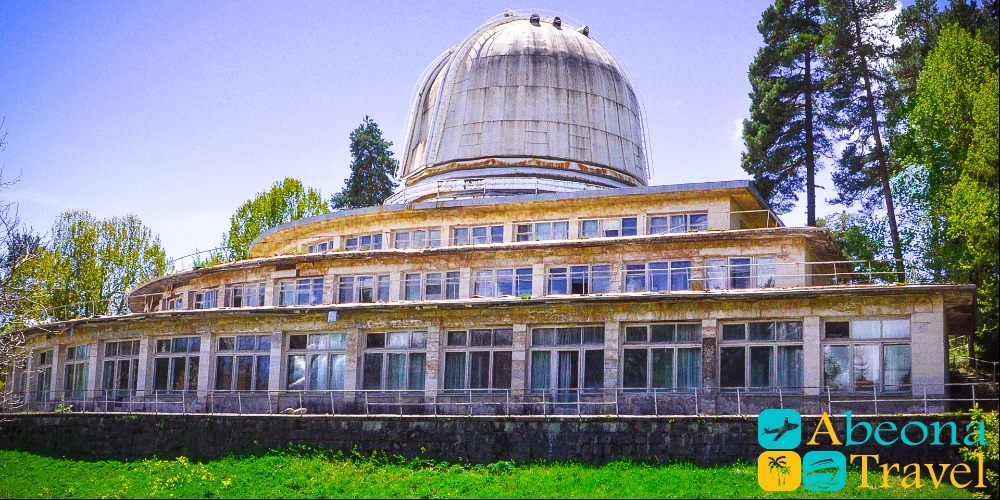 Abastumani astrophysical observatory founded on 8 February of 1932. Initially observatory located in the suburb of Abastumani and then transferred on Kanobili Mountain (at 1650m above sea level) Lesser Caucasus Ridge. Observation of American researcher Glazenapa showed that Abastumani is the most favorable place for astronomic observations.

Beside observatory you can also visit: