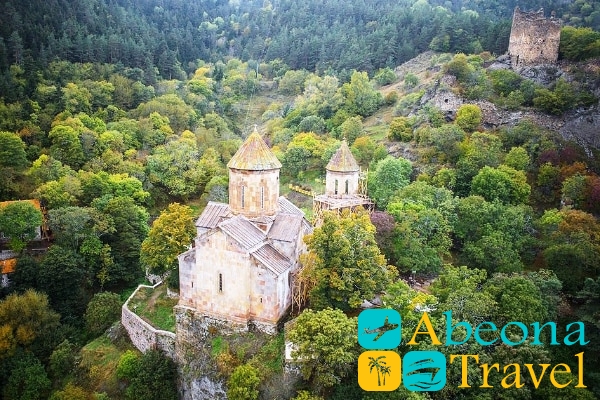 Sapara Monastery or Safara is located 10km far from Akhaltsikhe. Sapara in translation mean “defiladed”. It is really difficult to make visible through mountain wooded pass. Sapara was built in X-XI century, belongs to owners of Samtskhe – duke’s Djakeli. Here was the one of their residence as well as family vault. The most first building of monastery complex is single-nave Dormitory church of X century, famous with its iconostasis, crowned by wonderful relief sculpture.

Main temple of monastery named by Saint Saba raised by the end of XIII century. On the border of XIII-XIV century was uplifted bell tower and tower, when the owner of Samtskhe was 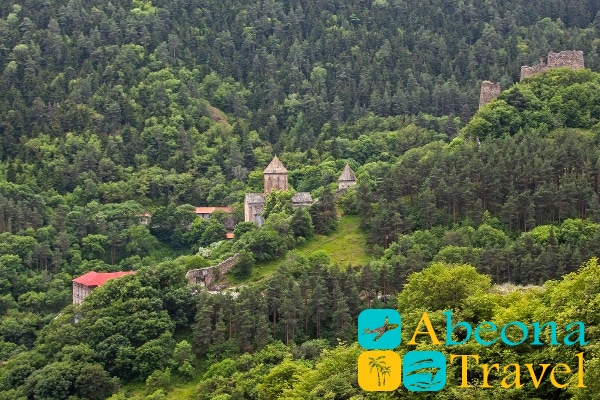 Beqa the son of Sargis who has a status of Mandaturtukhutsesi (in translation mean Chancellarius). Sargis, Beqa as well as his sons Sargis the second and Kvarkvare are painted on the wall of the Saint Saba temple. The name of architect temple of Saint Saba is known and mentioned on frescoes over the windows of west portico it is the name Farezasdze.

Another chapels built with cut stone built in XIV-XVI century scattered on the area of monastery. In one of them there is an ancient probably dated by VII century, relief with an image of “Cross Ascension”. Castle overhand a monastery was fenced by the wall. Uninhabited in XVI century monastery was renovated by Russian monks in XIX century. Some modern buildings was constructed, an old ones were renovated and reconstructed and unfortunately disfigured.

Monastery was eliminated in Soviet time and became active again in 80-ies of last century. Today it is available to visit.