150 year ago sensationally fresh air and tremendous beauty of Abastumani were dignity appreciated by Russian Empire population; consequently village resort fame was acquired long time ago. Climate is dry, not windy, with coniferous trees around, saturating air with useful substance; no heat in summer, a lot of sun in winter. Such a mild climate suits to pulmonary patients therefore a century ago the lion’s share of tourist where such kind of patients. Settlement situated on Meskheti backbone, 1300m above high sea level. Picturesque River Otskhe dean extends around.

Royal Park and wooden house of heir Tsarevich Georgi Aleksandrovich located in the Upper Abastumani. He lived here several years. According to state magazine official announcement on 28 June of 1899, 28 aged, he suddenly died on his way from Zekari Pass backward to Abbas-Tuman on gasoline engine bicycle in the face of Molokan Anna Dasoeva. Chapel from karrar marble was building in place where he died.

Saint Alexander Nevskii church is noteworthy. Built by prototype of Zarzma Monastery, situated in Abastumani surroundings. Sponsor of construction was Tsarevich Georgi; the head of construction was Sweden architect Otto Simonson. This severe and stern construction was rising during 2 years and was finished in 1898. Internal paintings is unique feature of temple, author was wonderful artist M. Nesterov. Large-scale frescoes today are not in a good state. But even today you may see on them Alexander Nevskii live scenes and growing portraits of saints.

Stony and wooden houses, where Tsarevich Georgi lived, surrounded by beautiful park are next sight of Abastumani. Houses stands in front of each other, separated by river Otskhe and don’t look like palaces; barely due to balconies graceful decoration and some small carved columns. Throne heir lived in Abastumani for 7 years, was visited by royal family members, including crowned brother and mother, Empress Maria Feodorovna. Two main buildings currently look pretty good. But subsidiary structure is half destroyed (part of it was shared with nunnery.

Resort was founded in 19<sup>th</sup> century AD and was called Abbas-Tuman (Abastumani). Abastumani was part of Tiflis province Akhaltsikhe district up to 1917. Grounds of resort are associated with doctor A.A.Remmert, Caucasian military district military medical inspector.

Military hospital was opened in Abastumani every year from 1864, for 200 lower ranks, 30 officers and 10 women; Abastumani mineral water was in administration of military department since 1898. In the beginning of 20 century AD there were three sources: Bogatirskii, Zmeini and Protivozolotushni. In soviet times health resort (in 1925, architect I. A. Ivanov-Shits), tuberculosis hospital, polyclinic, bathroom building. Season lasted all year around.

First of all resort Abastumani is known with Georgian National Astrophysical Observatory located on Kanaboli Mountain. Observatory was founded in 1932 and location was not accidental, due the fact atmosphere in this area is fairly transparent and stable. It is possible to see a lot of stars and comets in the dark sky by telescope owing to suitable conditions. Many famous physics and astronomers are working and studying outer space in observatory since its foundation to present day.

For several decades it has been possible to identify and research many planetary nebulae and star clusters, comets and celestial bodies, along with emission stars and intergalactic formation due to intensive exploration, analysis and work of observatory staff.

Nikolai II built residence in resort Abastumani for sick with tuberculosis brother, Grand Duke Georgi Aleksandrovich where he died in 1899. Government vacation house located in three-story wooden building in soviet time and then was passed to Georgian Orthodox Church in 1990. There was a fire in Monastery of Saint Panteleimon on 12 March of 2008; as a result former residence building was completely burned down. 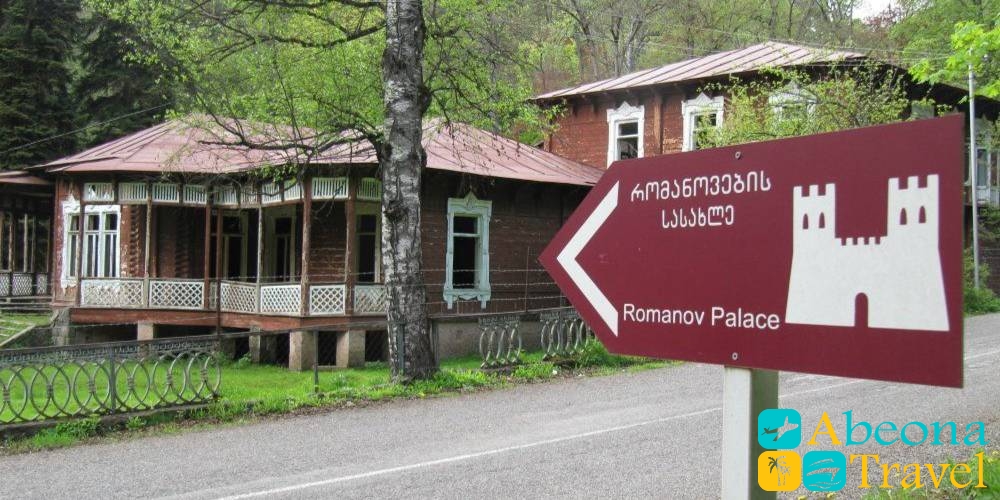