Kakheti is one of the most interesting and ancient places of Georgia which capital is Telavi city. The same Telavi, which is known from all beloved movie “Mimino”. Region is famous for its sights and museums, which attracts a lot of tourists recently. Dead cities – Gremi, Nekresi, Kvetera, 9 ethnographic museums, 13 museum houses of famous writers and politicians. About 10 national parks, churches and temples, grape valleys and wine cellars. As well as new resorts on the Lopota and Kvareli lakes. You can write and talk a lot about Kakheti. But the feeling while seeing this region is indescribable.

This region is the birthplace of Georgian winemaking and a region with many historical monuments. You can say that this is real Georgia, where national traditions are preserved. And many local residents do not even speak Russian.

The Kakhetian Kingdom is mentioned in 6th century chronicles. Here Christianity flourished, there were women's and man's monasteries and some of them have reached our times. The most powerful king of Kakheti was Kvirike the IIIrd, nicknamed the great.

In 1106, Georgian king David IV captured Agsartan II, the last Kakheti-Eretin king, and annexed Kakheti to the rest of Georgia. Since then, until 1468, Kakheti was part of the united Georgia, ruled by the kings of the Bagratid dynasty, so that for 363 years the history of Kakheti merges with the general Georgian history. In the second half of the 15th century, Georgia is divided into three kingdoms and five principalities: Mingrelian, Guria, Svaneti, Abkhazia and Samtskhe-Saatabago.

Western Georgia kingdom of Imereti and the principalities were under the political influence of the Porte of Ottoman, and eastern Georgia, that is, the Kartalin and Kakhetian kingdoms - under the same influence of Persia. The fragmentation of Georgia into several parts was assiduously supported by Turkey and Persia, as one of the means to weaken the country.

Another means was the propaganda of Islam, among other things - in eastern Kakheti. Tribute, paid in the era of political dependence on Turkey and Persia, was negligible, but it was obligatory to issue a certain number of children of both sexes who were sent from time to time to Tehran and Istanbul as hostages; the girls went out there to marry the shahs, the sultans and their approximate ones, and the boys, brought up in the spirit of Islam, usually returned to Georgia to occupy higher positions.

The external history of Kakheti from 1468 to 1762, as well as other parts of Georgia, took place in the struggle against Persia, Turkey and the Caucasian mountaineers. The time of the reign of powerful Shahs of Abbas I, Sefi and Abbas II (from the end of the 16th century to the seventies of the 17th century) in Persia was a particularly difficult time for Kakheti. At that time, the shahs became especially suspicious of Georgia's relations with Russia.

Shah Abbas the first looked with great suspicion at the Kakhetian king Teymuraz I. The king's mother, who refused to accept Islam, Abbas the first tortured, his two sons mutilated, his daughter took in wives against the will of his father. In the struggle against Shah Abbas II, the third son of Teimuraz was killed and his second daughter was taken prisoner. At the beginning of the 17th century (1615-1616), Shah Abbas I, with countless hordes, twice invaded Georgia, devastated it, robbed churches and took a large part of the inhabitants of Kakheti, who instead moved to Georgia up to 15,000 yards of Azerbaijani Tatars.

Under Irakli II, Kakheti reconnected with Kartalinia and, together with them, in 1801 passed under the rule of Russia. 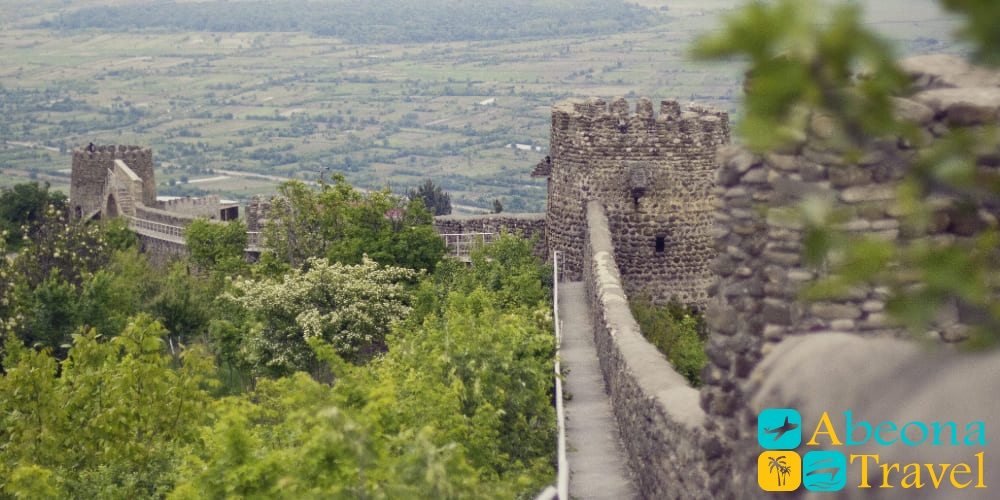