Climate of Tskaltubo region is mainly sub-tropical as on the most territory of Georgia. Mountain massifs surrounded Imereti region covering the region from three sides. Only one side faced to the sea.

As a result of such location Tskaltubo mountains protect area from hot summer and cold winter continental winds. The main therapeutic ingredient of resort is a mineral water. Chemical scientists are talking regarding unique character of the water. Paleontologist regarding the fact that the water is appeared here 100-150 years ago.

Another medical intervention factor is dry air of carst caved, saturated with salts, with low level of suspended materials vitro and bacterial contamination. Micro climate of cave has a healthy influence to patients with pulmonology, neuroticism and high blood pressure.

Many methods are used for sanatorium treatment. The main of them is to take mineral water and to cure with its help. It can be baths, which has flowing effect, baths are harmonize with underwater massage treatment. Also water is used as cold water shrinking and steam inhalation.

Along with famous Borjomi and Pitsunda, the most favorite resort of Russians’ since USSR was one of the most famous and amazing Georgian resort - Tskaltubo. Resort “Tskaltubo” is located in the valley of the river with the same name. Distance from city to Black Sea approximately 70km and 250m – to Georgia capital.

The most nearest big city is Kutaisi, located approximately 10km far from Tskaltubo.

The most first data regarding a resort appears in 1240 of A.D. but there are some assumption that is many more years ago. Obviously there was an evidence of resorts – saved description of baths house, using source of warm water coming from the surface. Tskaltubo translated from Georgian as warm water and the place is considered to be ancient resort of Georgia.

There is a legend regarding Tskaltubo saying the first healed patient was shepherd, who accidentally put his injured legs in current source. Word got around and reaches the queen of Georgia, who suffered and nobody was able to help her. And exactly Tskaltubo water brings her relief and health.

For the long time this fact went out of mind and then in the beginning of 19th century again turns attention and by the end of this century this issue was considering from scientist point of view. Water chemical analysis results had surprised scientists.

The water with such kind of different chemical elements never had encountered nowhere on the planet, in comparison with other sources which has an analogs. In 20ies of past Century State accept Tskaltubo source under its protector and an area was given a status of State Balnelogical Health Centre. About twenty sanatorium and spa resorts and 9 Balnelogical complexes were built right off. Big City Park is located near Kutaisi city entrance. The city was separated from the resort with sanitary zone for preservation ecology and nature. 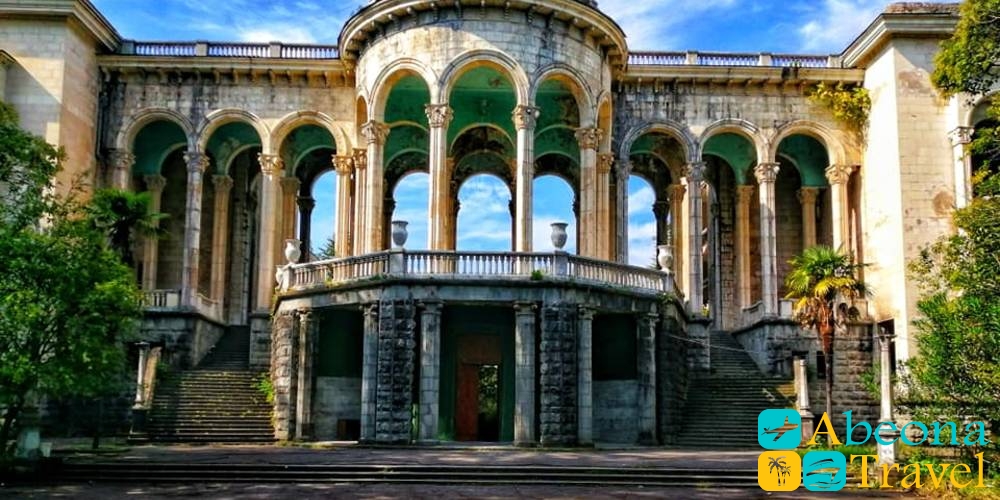