The health resort is located to the south to Kutaisi. In the Baghdad district of Imereti, at an altitude of 950 m above sea level. The word “Sairme” literally translates as “a place where deer are found”. According to legend, in winter, from the forests surrounding this place, deer and wild goats descended to mineral springs. As a sanatorium, the resort has been known since the end of the 19th century. And as a medical resort began to function in the early 30-ies. The spa facilities were built, the composition of mineral waters. Their medicinal properties were studied, and the medical service points were equipped.

The resort has a unique geographical location and environmentally friendly environment. Being in Sairme, people can enjoy coniferous and deciduous forests, mountain climate. But, first of all, therapeutic, mineral and thermal waters.

Healing waters are used in the resort in the treatment of various diseases, including kidney pathology, inflammatory process of the genitourinary system, gall bladder and biliary tract, inflammation of the liver and intestines.

Also, medicinal waters are used in the treatment of diseases of the nervous, cardiovascular, osteo-articular and endocrine systems of the body.

In its vicinity is a large number of churches and monasteries, which, together with the amazing nature creates exceptional conditions for the development of tourism. 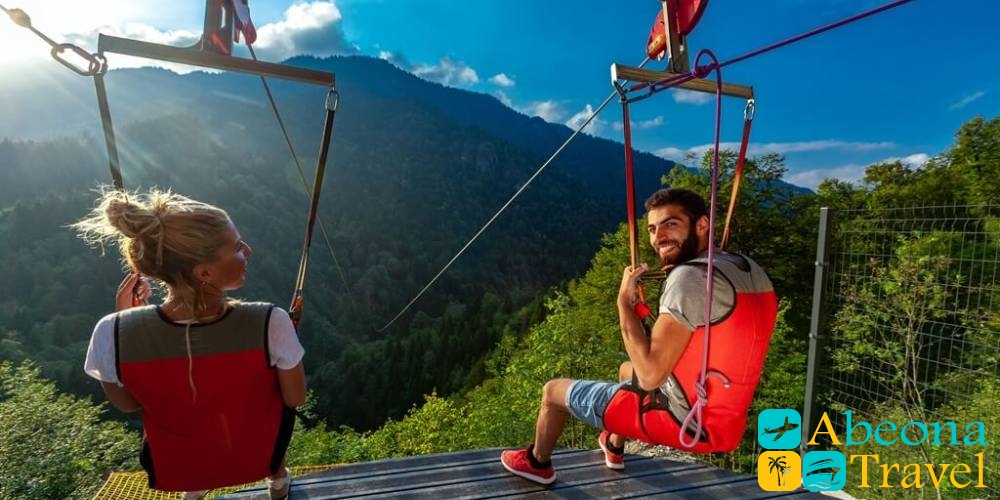 The resort Sairme has almost a century of history. Before the revolution, the Sairme area belonged to the family of Eristavi. Its representatives had no idea what kind of treasure they had, and did not know how to use this inexhaustible wealth. And when they found out about it, it was too late: everything they possessed was taken from them and declared the property of the Soviet people. Soon a rumor spread among the people about the extraordinary miraculous healing properties of the local water. At that time the resort was located in a sufficient distance from populated areas, it was at that time almost uninhabited, and it was almost impossible to reach. On donkeys and mules, along the full off-road, a handful of vacationers nevertheless made their way to Sairme. In small wooden houses, vacationers stayed in these places until the food ran out.

In the 1930s, already in Soviet Georgia, on the initiative of the staff of the executive committee of the Bagdat district, a two-storey wooden building was built in Sairme near the small wooden houses, which could accommodate up to 300 people. This was one of the first attempts to create a resort infrastructure, which was followed by the next steps.

By that time Sairme became popular among the people. In 1932, Professor Alexander Tsulukidze together with Professor Levan Tsiskarishvili organized expeditions in order to study the healing properties of the Sairme waters. As a result of this expedition, Sairme was recognized as a urological resort. However, its development has not progressed much. True, in 1941, a few more wooden buildings were built and the sources were classified, but no one undertook more courageous projects. The main obstacle was the lack of an access road to the resort.

So before the end of World War II, the resort developed at a relatively low rate. The Soviet government solved this problem with the help of the local population and German prisoners of war, and by the end of the 1940s the resort was connected by road to the district center of Mayakovsky (now Baghdati).

In the post-war Soviet era, the building of the sanatorium was built, 5 pavilions of mineral water, a polyclinic equipped with appropriate modern technology, sports grounds, a building for fire protection and a government cottage. Through the river Tsablaris-tkhali 4 bridges were thrown. The number of vacationers increased significantly, and the season lasted almost all the year round. In the late 1980s, several significant projects were launched in Sairme, but after the collapse of the Soviet Union and the outbreak of the civil war in Georgia, construction was suspended. The treasury of Sairme, as well as much, was in utter decay.

Positive changes in Georgia led to the fact that the theme of the resort Sairme again became relevant. Given the world's current trends, the colossal economic potential of this area and the resort's opportunities could not go unnoticed. In 2011-2013 a project was implemented to modernize the resort. 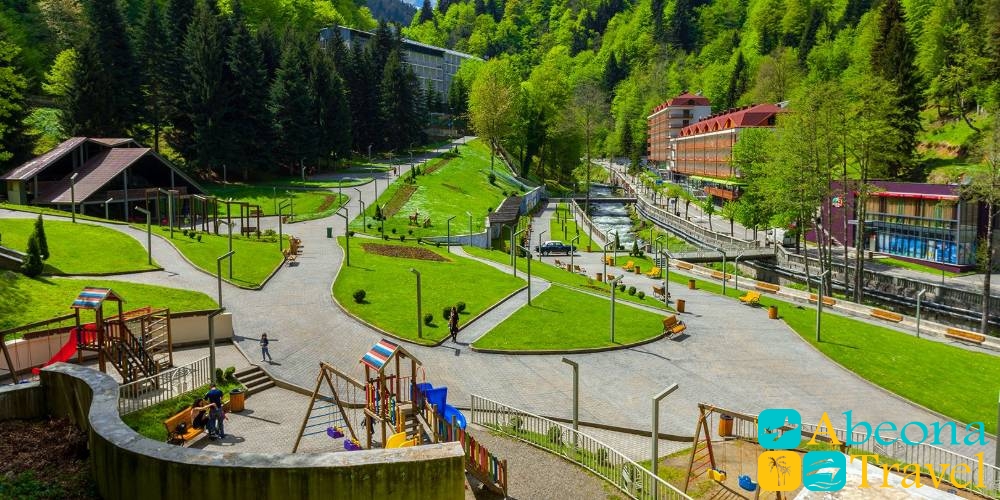