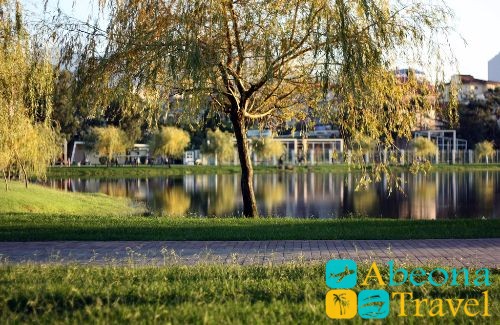 The lake has its own unique history and its own tragic legend. Let’s start with history. Lake Nuri Gel is a lake of lagoon type, it feeds with groundwater. Its depth is 7-8 meters; the surface area is 5.5 hectares, with a perimeter of 1030 meters (an excellent contour for on foot “detours”). Back in the 19th century, the area around the lake was a swampy jungle with jackals and wild boars. The swamp was the habitat of malarial mosquitoes and mosquitoes. 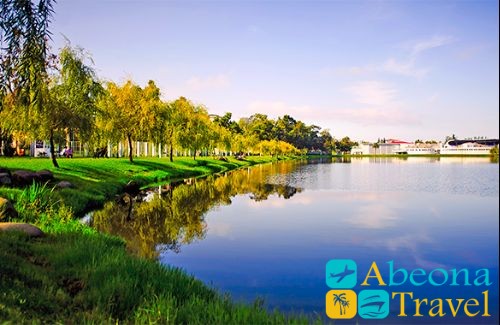 In 1881, Major-General Smelnikov, the Governor of Batumi, decided to clean the lake’s territory for the construction of the “City Garden” here. The area was cleared of wild plants, pedestrian paths were organized. In 1933, the “City Garden” was transformed into a “Children’s Park”. The lake was thoroughly cleaned, berths for boats were made. Since then, it is a favorite place for citizens to ride on oars.

And of course, every self-respecting lake has its own tragic legend. Earlier this lake was called Gel-Bash. The last name of “Nuri Gel” is associated with a tragic story. According to legend, a boy named Nuri sank in the lake. Mother of the child in a sorrow visited the lake every day and called her son “Nuri Gel” – Nuri come back.

In one side of the park there is children’s playground. If you are in Batumi with family take children there! The children will be delighted, 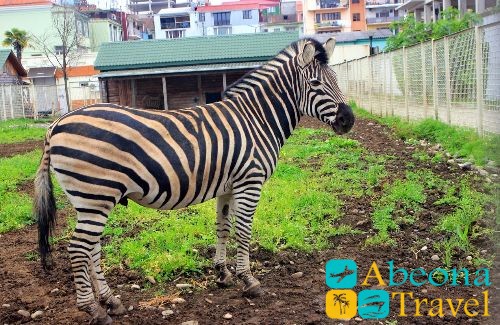 and you will have plenty of time to relax. On the site there are many facilities for active pastime: swings, slides, trains. Here reigns fun and children’s laughter from early morning until late night. This is a great way for a child to make friends from other countries and cities, to communicate and develop. There are benches to sit and relax while your child is entertained on the playground around the platform.

Also there is Zoo.Animals are always pleasing adults and children, they make laugh and joy. Sometimes, in order to escape from the daily bustle, we just go to the park to enjoy the carefree life of animals. In summer, animals in Batumi are in spacious open-air cages in the open territory. For winter months specially covered houses are made.

A small zoo is divided into 2 parts. In the free part, zebras, kangaroos, roe deer, antelopes and ponies live. In the paid part, you can see a variety of breeds of monkeys, lemurs, eagles, vultures and parrots.