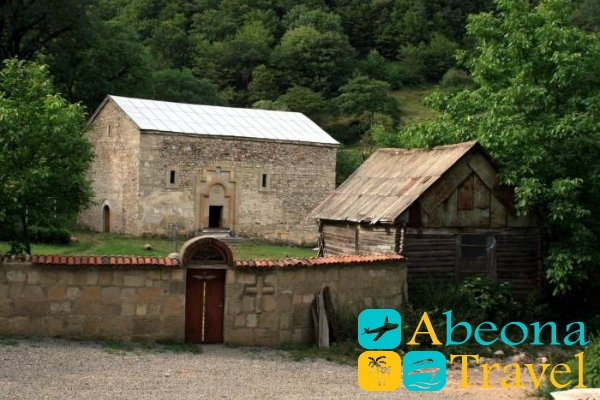 Ulumbo monastery was founded during the conditional reign of king Farsman VI (542-557). At this time, a group of monks arrived in Georgia from Antioch, who went down in history under the name of the Assyrian fathers. Sometimes they are called “Syrian fathers”. It was John (Known as John Zedazeni) and his disciples. They settled on Seisenshi the mountain and founded a monastery there. They actually founded and spread monasticism in Georgia, founded several monasteries and in a sense divided the history of Georgian Christianity into “before” and “after”.

The monastery in honor of the assumption Of the mother of God was founded in the VI century by Michael of Ulumboy, one of the thirteen Assyrian fathers. The monastery was named after the monasteries on Olympus of Bithynia.

The monastery is located in a rather remote place. At the beginning of the XXI century the monastery was small. On the territory of the monastery there is a single-nave Basilica and a small utility room. At the end of the XIV century, the icon of Ulumba was considered miraculous. The power of the Almighty icon is attributed to the birth of Alexander the great I.