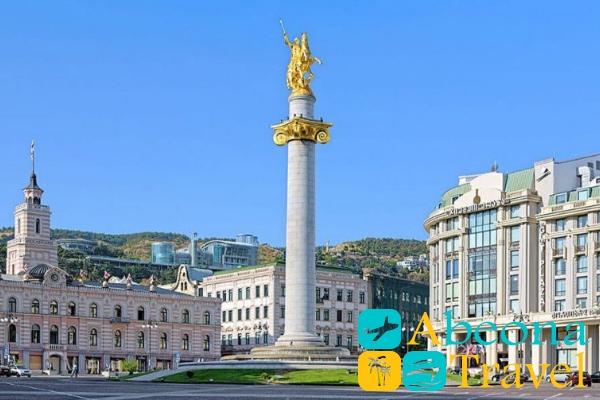 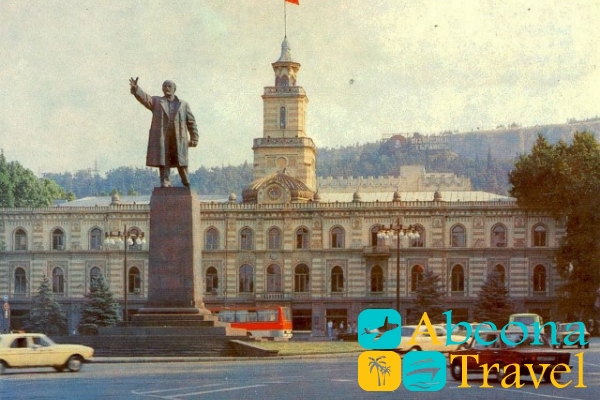 Erivanskaia, in honor of general Paskevich-Erivanskii. And in 2006 was named as Freedom Square and on November 23 was lifted 5m high statue of St. George, created by Zurab Tsereteli, on the statue portrayed St. George piercing the dragon with the lance.

The following sights are located in surroundings: Hotel Marriott, Tbilisi Administration, Bank of Georgia and many more. In 1829 A. Pushkin has lived not far from the Freedom square, short of Baratashvili Bridge. The street is still named by Pushkin. In the beginning of XIX century Head of the Army duke P. Tsisiani and fathers’ of the city begun construction of the houses’ in the central part of Tbilisi. Construction of current Mayoralty, big Theatre building in the centre of the square (project of architect Skudieri) and even renovation of government house in the governor’s palace (current  Students’ Palace) by Otto Simonce was started according to approval of aforecited persons’, who included into committee (Tiflis Provincial Building Company) . 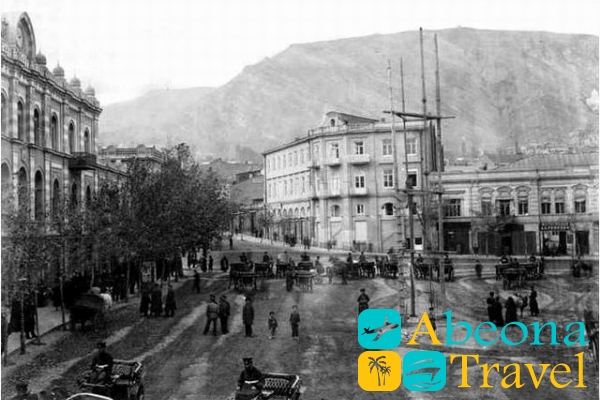 In 50-ies of XIX century intense construction on Freedom Square begun: ravine was drifted, on Sundays there was an intense trading and in week days construction. Big building caravanserai of tradesmen Tamashev was constructed where was located wealthy ornamented by G.G. Gagarin Theater. This theater was equal to the best theaters’ of the world.  Square was renamed as Theatral after that fact. In 1874 theater was burnt down, but caravanserai owner don’t allow restoring it.

1940 caravanserai was knocked down, the square was extended, made it the central square of the city and named it after Beria. In 1953 Lenins’ square and put Lenin’s monument in the middle.

The most important historical event that had happened on Freedom Square was an event when Bolshevik’s group headed by Kamo attacked State Exchequers carriage (the Exchequers is located not far on Gudiashvili Str.) and stole 100 000 RUB, which passed in generally to Lenin. It was the famous robbery and 500 RUB note of currency was difficult to exchange since the numbers of notes have been registered in special report.

On April 9th of 1989 armored cars stood here to disperse anti-Soviet political meeting. And in 2003 during Rose Revolution protesters where gathered on Freedom Square. Then protesters head to the Parliament and then Georgian President E. Shevardnadze was ousted.