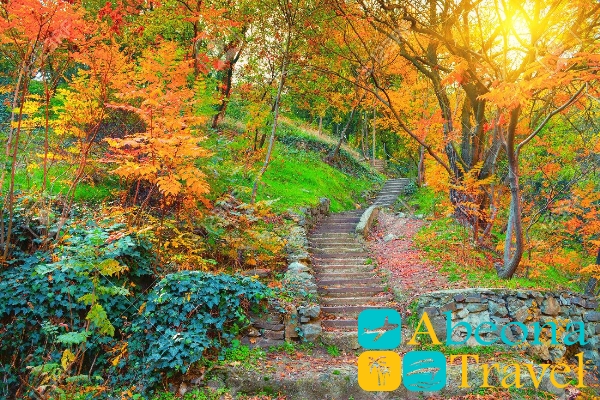 Tbilisi Botanical Garden (was called Royal garden up to 1845) is located in historical centre of Tbilisi. To the south of Sololaki range in the valley of river Legvta-Khevi. Tbilisi Botanical Garden was founded in 1845 by the place of royal gardens which exists throughout the centuries. For the first time there were mentioned by French travelers Jan Sharden (1671). The particulars of the garden in fortress Narikala is in the notes of Josef Turnefor (1701). 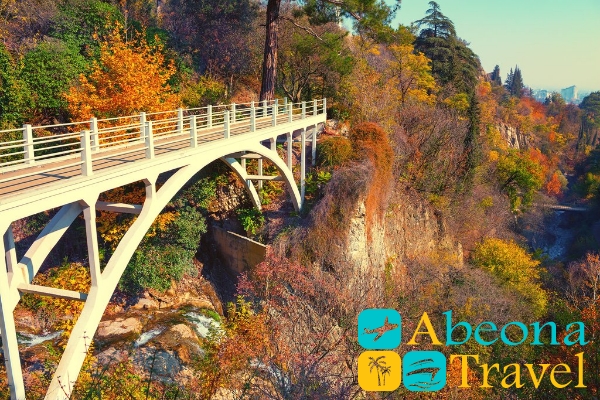 It is pointed on the map, compiled by czarevitch Vakhushti.

Georgian and world flora is widely presented in Botanic garden (around 3500 taxonomic units). Three bridges are thrown over the river Tsavkisistskali on site of Botanic Garden. The most amazing is arch bridge, over the big waterfall, built in 1914.

The main entrance of Botanic Garden is located at the end Botanic Street beneath the mountain of fortress Narikala. During 1909-1914 tunnel was dig through the Sololaki ridge. There is another entrance from Lado Asatiani Street. Tunnel was opened in 2004, then closed and reconstruct in Night Club. At the moment total area of Botanic Garden is 128ha