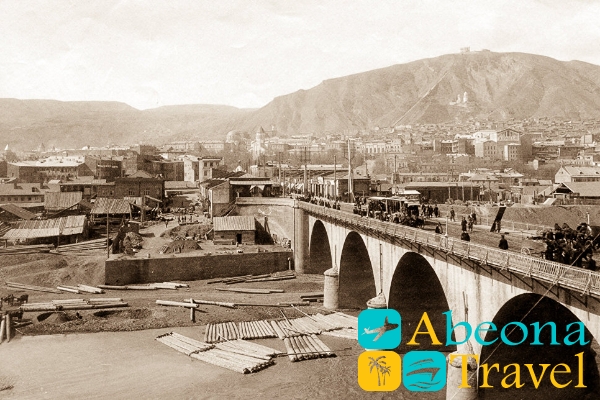 Another bridge of Tbilisi is Saarbruecken Bridge, it is the name of citizen only in his ID in society everybody calls him Vorontsov. Bridge is joining Vorontsov Square and that why it is called the same way. An even a monument of Mikhail Semenovich Vorontsov was lifted in the center of the square. Tiflis citizens uplifted this monument using their own money for his charity. Monument was stood here up to the time when Soviet rule and then governors ruined the 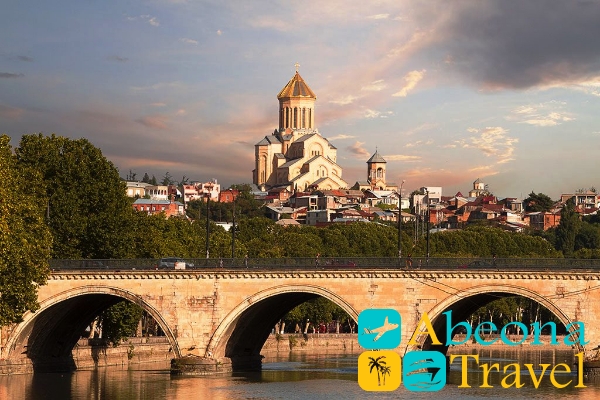 monument and forgot his charity.

Vorontsov bridge was built in 1854, original project belong to Giovanni Scudieri. But architect passed away and the work on the project was continued by engineer Bliks. For that time river Mtkvari has several branches which united in one channels or went separate ways forming island. One of the island was called by duke Valerian Grigorievich Madatov. He was the owner and maintain sawmill. There were floats making trips on Kura and delivering material for sawmill. But there was no connection between island and dry land. Bridge consists of two parts: big bridge connected left bank of Kura with Madatov Island and short bridge throw over narrow river arm and connecting an island with right bank.

The time had passed, river become smaller and decisions to dry out the branch. Kura was dry out but the bridge survived and remains the name Dry Bridge. For today it is one of the most popular tourist places. There is a Flea market on Dry Bridge.