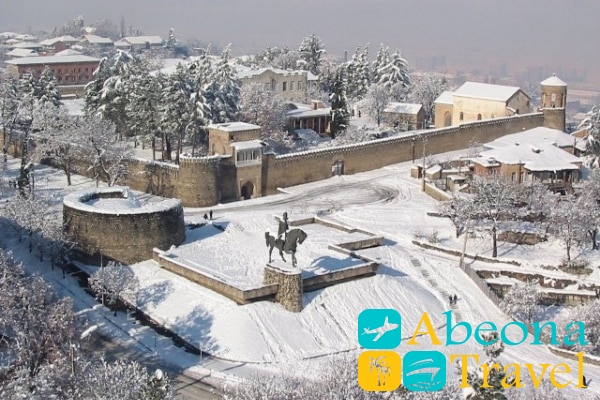 Batonis-tsikhe fortress is an ancient fortress located in the Central part of the Sunny city of Telavi, which has a rich history. “Batonis-tsikhe” means “fortress of the master” translated from the old Georgian language. Built in XVII-XVIII centuries, the fortress was considered one of the main residences of several Kakhetian kings. According to historical data, the building was built in two stages. The first stage refers to 1667-1675. And the second-by the end of the second half of XVIII art.

King Heraclius II built one temple in 1758. The second-the court Church of Archil – was built even earlier. On the territory of the fortress there is a monument dedicated to king Irakli II.

The castle was in poor condition for a long time. But it was recently renovated. Now it houses an ethnographic Museum and an art gallery with works by Georgian, Italian, Russian, Dutch artists.