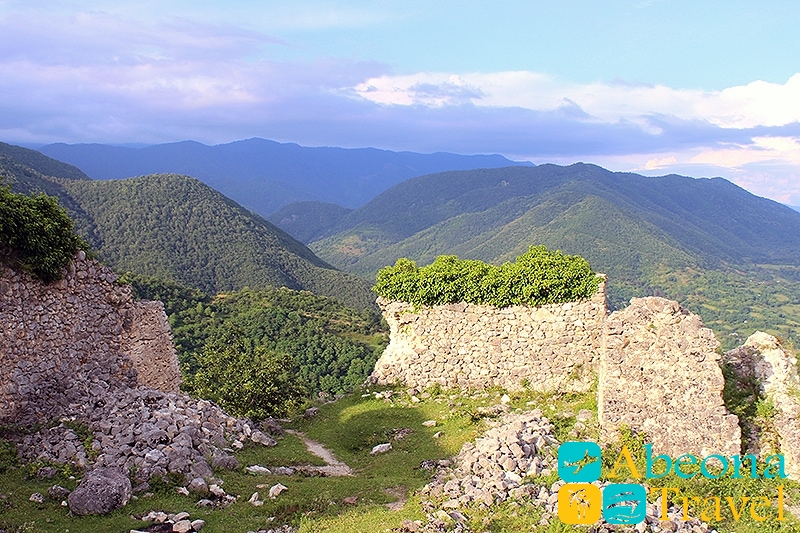 Sachkhere is regional center, located 10 km far from Chiatura, on the bank of the river Kvirila. City has an interesting history of creation and development. In the past here was located resindence of Georgian Dukes Tsereteli. They built fortress Modinakhe, preserved to out days. In aforementioned village Skhvitori is located House-Museum of Akaki Tsereteli. There is a railway station and is organized seating place for passengers as well as freight traffic from Kutaisi to Chiatura. As in any town having centuries-old history the main sight in Sachkhere is fortress Modinakhe, owner were dukes Tsereteli. In historical data there are some notes regarding two invasions, for the second time fortress was invaded by army of Russian Imperia in 1810.

Tskhomareti is a village in the upper part of river Dzhruchula 12km far from Sachkhere. There is a monastery behind the river, known as Dzhruchulskii complex, officially monastery of Saint George. Monastery was founded possible in XI century. In XVII century was abandoned and Vakhushti Bagrationi was describing monastery as unsettled. And in XVIII century Dzhruchi ravine was subject for argument between Racha Eristavi and Tsereteli Dukes. In 1789 king of Imereti pass ravine to Tsereteli who renovated monastery. Archimadrite was David Tsereteli since 1804 and he was even buried here in 1853. Monastery became some kind of family monastery for Tsereteli, many family members are buried there. In 1921 Red Army robbed monastery and killed many monks, and later on reconstruct it in school and local council. Monastery was renovated in 2000. The main temple is church of martyr George, XI century.