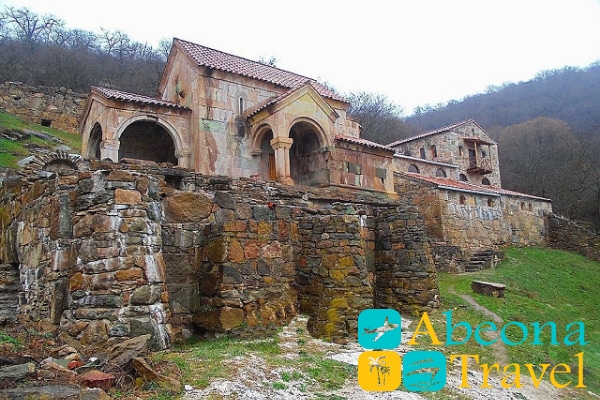 Tabakini Monastery is named by St. George and is located 8km far from Zestaponi, in Imereti. Its name given by the village Tabakini located in surroundings. Monastery was built in VII-VIII century and is famous with its architectural and unique frescoes of XVI century. King Solomon the Second Saint 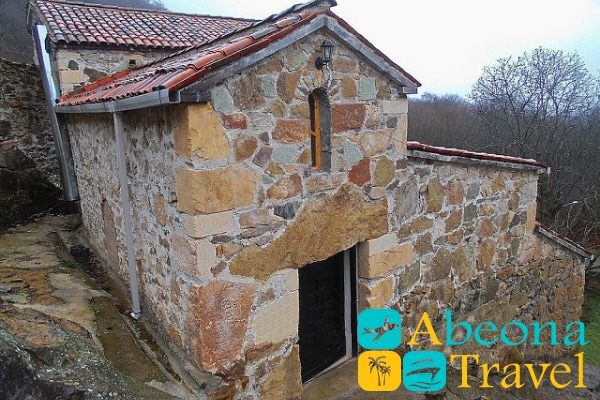 Ilarion Kartveli spend his childhood here. Monastery complex consist of old and new parts. Old one represents church built in VIIII century and reconstructed after it was ruined in XI and XVI centuries. Frescoes are dated by the first half of XVI century. Images of king Bagrat the III are preserved. Bell tower is located near. IN 80ies temple was reconstructed, in 90ies friary was built. And in 2000 the church was built.

Caucasian Shepherd is the rare dog breed differs with original features. Nowadays there are no dates proven the date of the growth of this dog breed. Scientifics thought that it may be done in medieval ages. Historian data is proved by the fact that in 18th century Georgia among with the other counrites Caucasian shepherd was used for calmness and safe of strategically points. It is known that Caucasian shepherd was keeping the domestic animals in safe. Breeding Kennel “Tabakini” was founded in 1992.