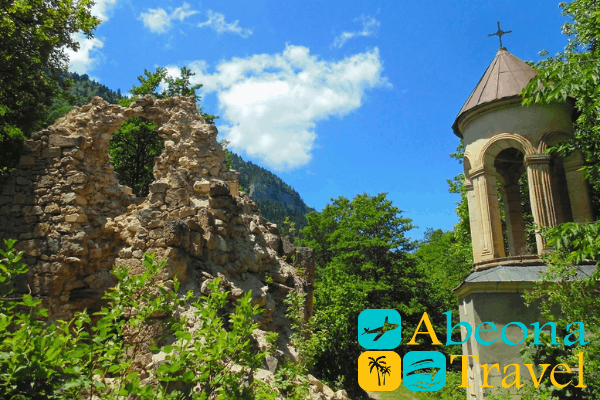 Chelishi Monastery is located in the West of Nikortsminda in the gorge of the river Shareula. In historical sources it is mentioned from the XI century. Here the so-called “Chelish gospel” was created, which dates back to the XI-XII centuries. They built the monastery with broken pieces of lime and stones from the rocks. The building is a one-nave Basilica. There is also a relatively later built bell tower. In the 1560s Bishop Melchesedek on behalf of king George II of Imereti built a temple, the ruins of which are still visible today.

In 1591 the monastery was subordinated to the diocese of Nikortsminda, and in 1637 it was transferred to the Gelat monastery. It is known that in this monastery many valuable Georgian manuscripts were stored, for example, “Kartli’s Appeal”, Chelishsky option which in 1902 was found at activity in Chelishi by Abvrosiy Helaya. The manuscript dates from the XII-XIV centuries.

In the monastery, educational activities continued until the 30s of the XX century. Two painted ornaments remain at the altar. Also on the territory of the monastery are many remains of monks ‘ cells and economic activities, underground storage, a trail of trout channels, a spring held by the monks and stone fences. According to some unverified data in the distant past there was a whole city.