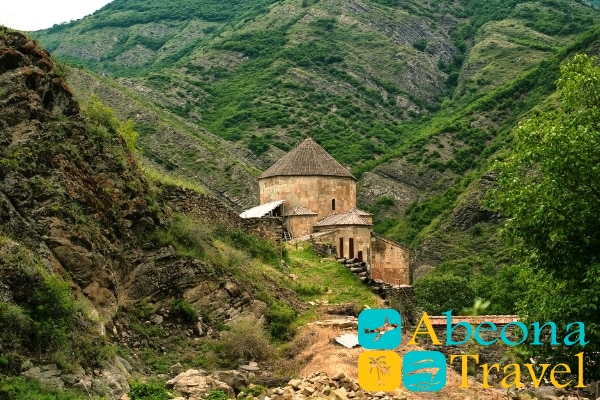 12 km from Gori, in the village of Ateni, there is one of the beautiful monuments of Georgian architecture – Ateni Sioni Church, consecrated in honor of the virgin. It was built in the VII century by the Armenian architect Todosak and was built on the model of the Jvari monastery in Mtskheta. Athenian Zion — this is only part of the buildings that were built in the gorge of Tana. Here was the city of Ateni with many castles 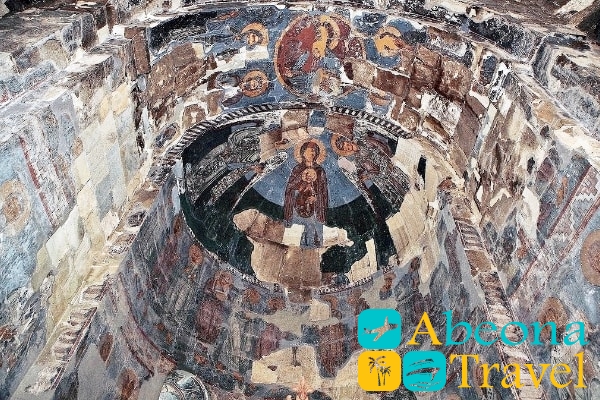 and monasteries. All that remains today are the ruins of some structures, the castle above the village of Didi-Ateni and Aten Zion.

Outside the temple, decorated with stone ornaments. Some of them were made during the construction of the temple, the rest during the reconstruction in the second half of the X century. Inside the monastery you can see the preserved frescoes of the Golden Age of Georgia, the date of creation of which is the end of the XI century. The monastery also preserves traces of the first Georgian script – it is here that there are early inscriptions in khutsuri and mkhedruli script. In particular, on the walls of the temple you can find an inscription about the invasion of Arabs in the middle of the IX century and the burning of Tbilisi.

The temple was destroyed and looted many times by foreign invaders (for example, Shah Abbas I lit fires in the temple, so the traces of fire remained on the walls). In the monastery complex preserved: domed Church Orbeliani (VIII-IX centuries), Church tsminda Giorgi (XI century), medieval fortress Atenis-tsikhe.