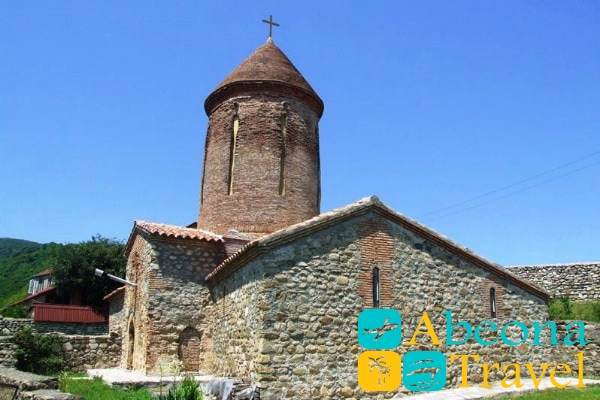 Vedjini Fortress and Amagleba Monastery located in the village of Vejini. At the Northern base of the Tsiv-Gombori mountain range. To the South-West of Vejini is the fortress of the X-XI centuries the monastery and the Tsaishi, which consists of three churches. Nearby you can see a round tower with two churches, one of which is domed.

Vejini fortress and monastery of Tsaishi are one of the bright attractions, which is located in the Sunny Georgia. There is an assumption that fortification appeared here in the 1st century ad. And was the residence for kings Agartala I and II. Many historians believe that it was from this place that they led their mighty troops against Giorgi II and David Agmashenebeli.

Until the XVIII century in the annals says nothing about the fortress. Since the XIII century, the United Kingdom is 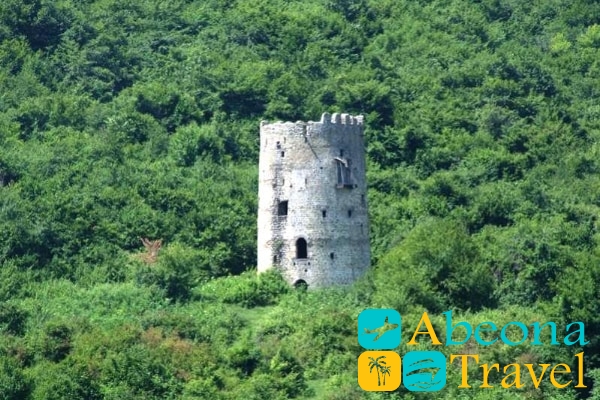 going through hard times, and in the XV century Kakheti breaks away from Georgia. C XVI to XVIII centuries, then fought with Persia, Turkey and the Caucasian highlanders. Especially hard Kakheti suffered the invasion of Shah Abbas I in 1615-1616. Apparently, the fortress in this era was badly damaged. Finally, the fortress was restored under the king of Irakli II in the XVIII century.

The fortress of Vejini lit up in the history due to the fact that it killed a son of Kakhetian king Erekle II – Levan. He was commander of the regular army, by the way. It happened in 1782, a year before the signing of the so-called St. George’s treatise. And after 9 years Georgia was annexed to the Russian Empire. Arranged the assassination of the Abashidze princes, Andronikashvili, Shalikashvili and Vachnadze.

At the moment, there is almost nothing left of the fortress. But the ruins can be judged on its former greatness.