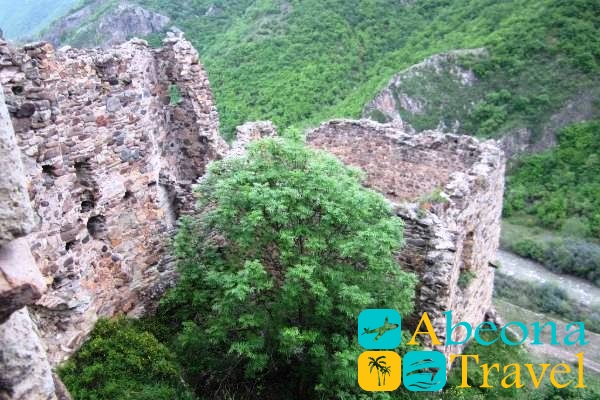 Jvaristsikhe fortress is one of the brightest sights, which has a historical character and is located on the territory of Sunny Georgia. You will be interested to know that it was built in the 12th century and served as a temporary residence for the powerful Queen Tamara. Hence another name – Tamaristsikhe. The castle is located on a cliff in the gorge of the Tedzami river.

At the base of the rock-a cave, which, apparently, was part of the defensive system. It can be assumed that it served as another exit from the defensive structure. As in many castles of that era, there was clearly not enough space. Therefore, all buildings are located very tightly to each other. The North tower, the Church with obviously later facing, the two-storeyed Palace building are well preserved. Only one wall remained of the South tower adjacent to the Palace.

There’s a room under the Church. Either storage, or catchment. There is also a fireplace. Quite big, but why something outside “Palace” and towers. Also here you can see a small Palace and several towers. The walls are mostly destroyed or in critical condition.