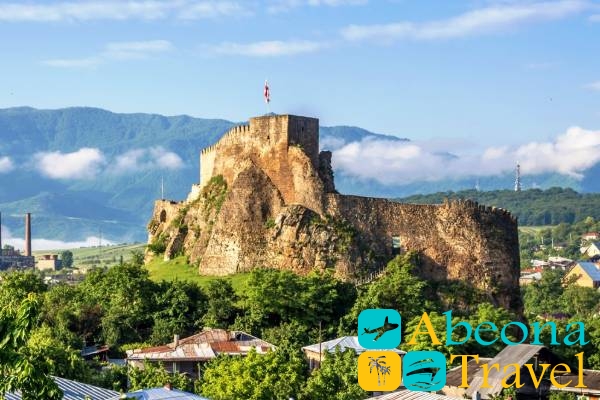 The city of Surami has been known in history since the 12th century. When it becomes the residence of the eristavs of Kartli, who receive the title of Surameli. From this moment begins the Golden era of Surami, which remained virtually the capital of the region throughout the XIII century. The fortress was built at the junction of two major highways – one of these roads stretches along the Kura river and leaves the Borjomi gorge, and the second road – from Western Georgia through the Suram pass. Both of these roads converge near the fortress of Surami, and then head East. And he who held this important strategic location – a sur – had the keys to both the most important thoroughfares of the Caucasus. In the period from XV to XVIII centuries the fortress was repeatedly strengthened and completed.

Especially thorough construction work in the fortress was carried out in the XVII-XVIII centuries. There is no reliable documentary evidence about the exact time of construction and the owner of the fortress. The first historical data about it belong to the XVII century. At that time, part of Georgia, including the territory where the fortress is located, was under the rule of the Turks. Surami was defended by the army of Prince amilahvari during the war with the Persians in the XVII century. Russian Russian troops used it in the Russo-Turkish war more than a hundred 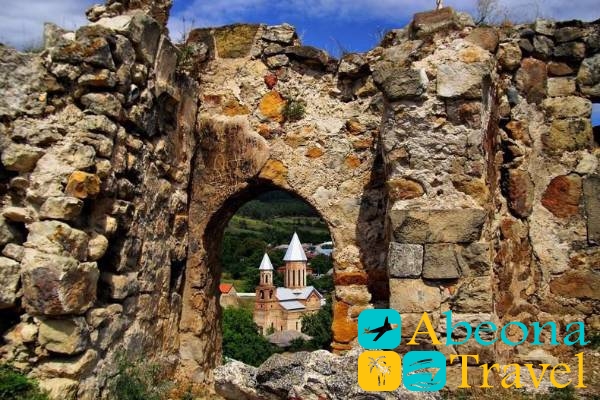 years later. The fortress was considered almost impregnable-the enemies could not take it either by RAID or siege because of its location.

The legend of Suram fortress.

Once in a family of the Tbilisi landowner serfs Gulisvardi and Durmishkhan fell in love with each other. Love Gulisvardi asked the wife of the landowner to release the Durmishkhan from feudal obligations. After that Durmishkhan left Guliswardi and went home to Surami and married a rich girl. Having learned about the betrayal of her beloved Gulisvardi, she begged for freedom from the landowner, learned the art of witchcraft and decided to take revenge on Durmishkhan.

When he was in Turkey on trade Affairs, in his city of Surami built a fortress, but it did not go: above a meter of the fortress wall could not be built, it constantly cracked. The stones were sprinkled with Holy water, prayers were read over them, but nothing helped. Then people turned to the sorceress Gulisvardi, who decided to take revenge on Durmishkhan and ordered to immure the son of the richest merchant in Surami, i.e. Durmishkhan, in the fortress walls. When the poor boy was immured alive, his mother went mad. Durmishkhan, in turn, took revenge on the sorceress for his family, killing both Guliswardi and himself. There is a belief that where bricked a young man, Zurab, on the wall dripping water, as if it’s his tears, and the full moon at the Surami fortress appears the Ghost of a woman in black is the mother immured men, which appeals to the ruins of the fortress.