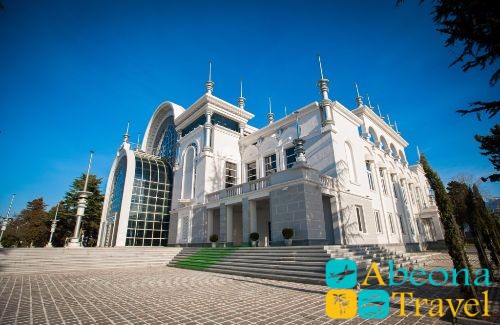 Batumi State Musical Center was established in Batumi in 2004, where Batumi State Capella, ballet corpses of Batumi Opera and State Ballet Theater, children’s and youth musical center were united. In 2007 (Resolution No. 95 of 26 December 2007 of the Adjara Autonomous Republic Government), a reorganization was carried out at the Batumi State Music Center, after which the opera studio of Z. Andzhaparidze and the quartet “Nota” was added to the music center. 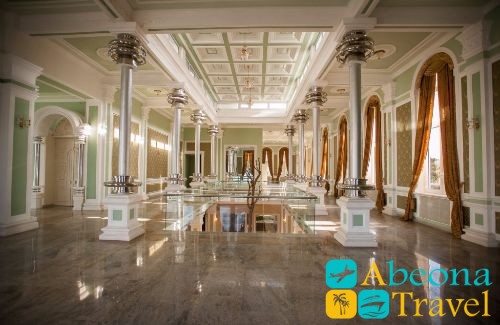 Since 2008, the children’s and youth musical theater has been renamed to the Youth Musical Theater. In 2011, the reconstruction of the building of the Batumi State Music Center was carried out.

An architecture of the building belongs to Vakhtang Khmaladze. The center has a hall that is equipped with modern equipment, 1100 Spanish armchairs and a large Spanish chandelier. And the third floor of the building is an exhibition space, a place where jazz concerts can be conducted. The opening of the renovated building passed specially by the premiere of the new play “Keto and Kote”. The play on the opera version of Victor Dolidze and on the film music of Archil Kereselidze in the new arrangement was presented by Nikoloz Memanishvili, author of scenery and costumes was Tamar Kvesitadze, directed by David Doiashvili.