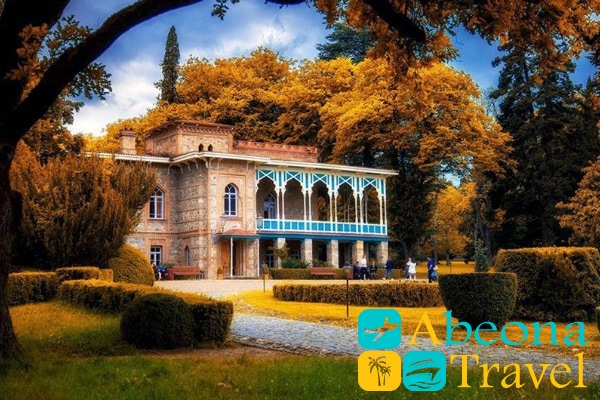 Chavchavadze house-museum it is the manor in the village Tsinandali.  The family estate, the Palace of the princely family Chavchavadze. Manor is associated with many amazing, beautiful and tragic events in the history of Georgia.

The first owner of the estate – Garsevan Chavchavadze. He was one of the initiators of Georgia’s accession to Russia. His signature is under the George treatise. His son Alexander in 1805 was exiled to Tambov for participation in the anti-Russian uprising. Then served in the life hussar regiment and participated in campaigns in Europe in 1812, 1813 and 1814, witnessed the capture of Paris. Seeing Europe and tired of military campaigns, Alexander Chavchavadze decides to leave the capital. He takes the family from St. Petersburg and moved to the inconspicuous and quiet village of Tsinandali, where he begins to implement the project for the Europeanization of Georgia 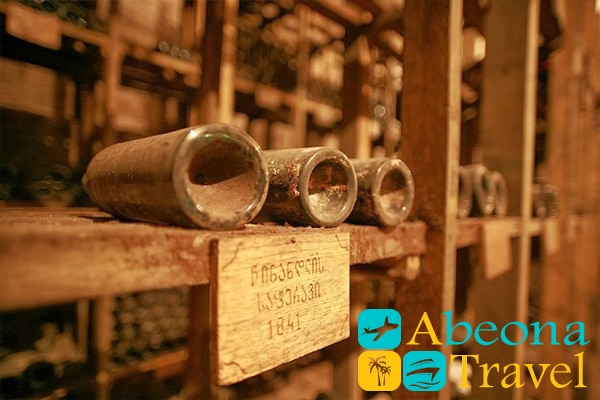 The manor house in Tsinandali is a reflection of his aspirations, surrounded by an English garden. Moreover, from the UK were discharged not only trees but also gardeners. Without stopping there, Chavchavadze invites from Europe and the best winemakers, together with whom he is building the first plant for the production of wine by European technology. So there was a famous wine today “Tsinandali”.

Chavchavadze was not only a combat General. Also the most educated man of his time. Writer, translator, polyglot, a large landowner and a wonderful poet. His lyrics have reached our days in the form of songs that have become folk. The estate of the poet and General turned into the center of the intellectual life of Georgia of the XIX century, where people of culture and art, public figures gathered. The first Grand piano in Georgia sounded in these walls. Great Russian poets Alexander Pushkin and Mikhail Lermontov, Decembrist poet Alexander Odoyevsky and French writer Alexander Dumas the elder came here to visit. Playwright, poet and composer Alexander Griboyedov meets Princess Nina Chavchavadze, his future wife in Tsinandali. The second daughter, Catherine, married David Dadiani. She was the mother of the last independent Prince of Mingrelia.

The history of the Chavchavadze family and their family estate is closely intertwined in the history of Georgia. Today there is a Museum visited by tourists from all over the world. Which tried to restore the interiors of the XIX century. The house regularly hosts exhibitions of artists, and in the basement of the building – taste Kakhetian wines, a new sound taste which gave a tireless genus Chavchavadze.