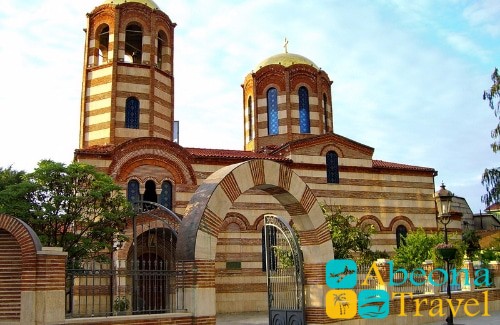 The most ancient of the cult buildings preserved in Batumi is the Greek Church of Saint Nicholas. In 1854, the head of the city government of Batumi was elected young, energetic (by the Greek nationality) Ilya Efremidi. Despite the fact that Batumi was under Turkey’s protectorate at that time, he invites from Greece an architect named Kalf, who makes the layout of the city with the main streets: Mikhailovskaya, Mariinsky, Grecheskaya, Vladikavkazskaya, and Primorskaya.

In 1865 Batumi was visited by the governor of the Artvinsky vilayet, which, at 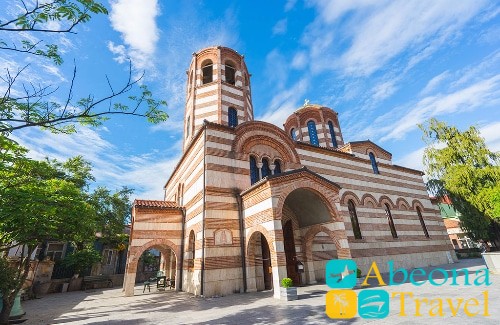 that time, was subordinated to Batumi. When he saw the city’s transformations, he asked Ilya Efremidi what would the city’s population want, than to help? Ilya Konstantinovich, on behalf of the city dwellers, asked permission to build an Orthodox church. Permission was obtained. Leaving Batumi, the governor permits to build a church, but without bells-the main attribute of the Orthodox cathedral.

In 1865 the Greeks began the construction of this temple. The church was erected on the street, which at that time was called “Greek”. This temple has always been the center of the spiritual life of the Greeks. Here, worked male and female schools (1894-1898).

The church choir was famous for its professionalism. The church was built on the own land of Ilya Ephremidi with the material assistance of the parishioners, at that time mainly Greeks. In 1878 the Russians brought a bell, which until today is adorned with the dome of the cathedral. On the western wall of the temple there is a stone on which is written in Greek: the Greek church of St. Nicholas, years of construction 1865-1871. At the beginning of the XX century, the Greeks of the island of Chios brought to the church the icons of St. Nicholas, the Blessed Virgin Mary and St. George.

The church before the construction of the Nativity Cathedral (1865) was a cathedral. 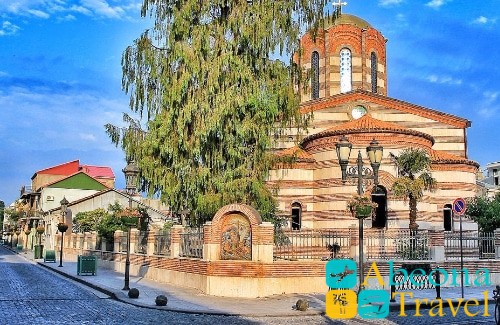 The first Liturgy was served here in 1871 In the 30’s. This church suffered the same fate as all the temples of the city during the repressions of the year 1937. The church of St. Nicholas was closed.

In 1941 the books of theological content were transferred to the Batumi State Museum. Only after the Second World War, representatives of the intelligentsia Elizaveta Kharlampovna Kotidi and Princess Tamara Nakashidze addressed the Catholicos-Patriarch of All Georgia Calistrat (Tsintsadze) with a request for the opening and restoration of the Church of St. Nicholas.

After receiving consent from Stalin himself (Kalistrat Tsintsadze in his youth studied with the future father of the people in the theological seminary), the restoration of the church began. But on the voluntary donations of the Orthodox population – Greeks, Armenians, Russians, Georgians. In 1946 the church was inaugurated. The second stage of restoration work was carried out in 1998-99. This time, not only the exterior architecture of the building. But also the interior has undergone renovation. The restoration of the church was carried out with the money of the Georgian businessman Oleg Galogre. At the entrance to the church you can see the inscription on the wall, which says so. And the beginning of services always begins with the chanting for the repose of the soul O. Galogre.

The temple is also famous for its being here in 1963-1967. Hieromonk Ilias (Shiolashvili), now the Catholicos-Patriarch of All Georgia Ilia II served. To date, the Church of St. Nicholas is not only a cult monument, but also one of the most beautiful architectural and historical monuments of the city.