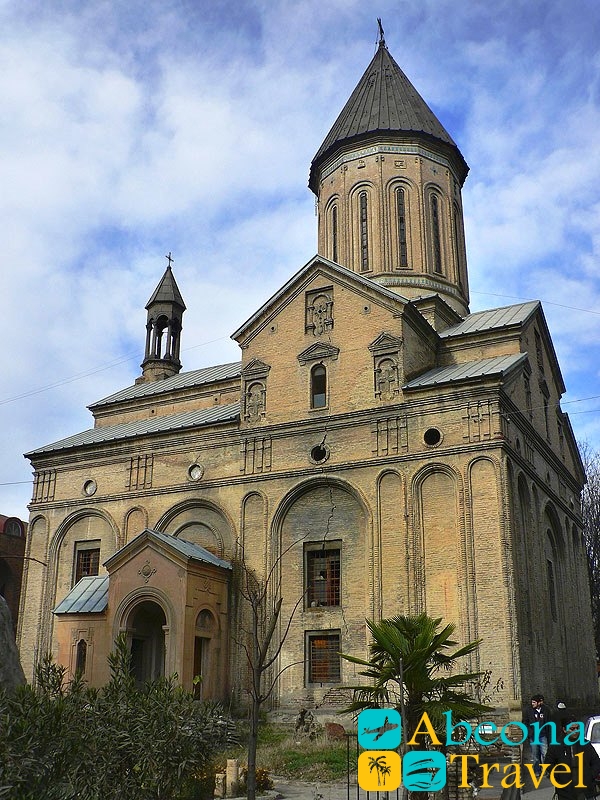 Norashen Church of Saint Astvatsatsin is located in the old part of Tbilisi in the neighborhood of Meidan Square. G. Agaiants determine the date of church foundations and it is 1487 based on two sources: “The person called Norashen Sadab had built Armenian church in 1487” and “in the name of the Lord, Satats, had built the church in memory to me and my parents, my father Mr. Sultan, my grandfather Mr. Tavakalli and my wife my Vishel, Nariman, Sultanin and Shariman”.

The stage of construction had begun in the beginning of 17 century, accurately in 1650, spearheaded by Khidr Nazar. Complete renovation of church Norashen at the moment is proven by superscription on khachkar located inside the church. The lettering say: “Saint Cross is belonging to Master Petros Dzhugaetsi who had built Saint Church in 1650. Pray Lord Have Mercy, Amen.”

Dz. Sahrden who had visited Tbilisi in 1672 remembers that the name of the church was Norashen church of Saint Astvatsatsin as it is today. According to Ign. Ioseliani construction of the church was completed in 1737. But even after that some recovering works were continued.

“There is a church in the West part of imperial Caravan-serai, called Norashen. Built by the name of Holy Mother, dome-type church, built from good brick. The church was built with the money of some Khidr Nazar. Later on was completed with the donation of Tbilisi citizens in 1737. However construction continues to present days. One old priest and five priests are serving in church.”

Next renovation is concerned with the head of Tbilisi Avetik Bekhbutiants (1768-1795).

After military expedition of Aga Magamed Khan in 1795 necessity was required to made recovery works of ruined church and property was plundered. Works was conducted in 18008 and in 1830 was conducted new renovation of Norashen church. 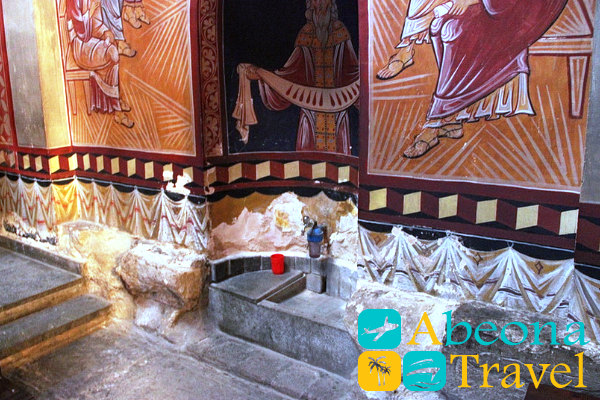 In 1852 Decanus Ter Srapion and Eretspokh apply with the request regarding renovations, however there was no answer and request was forgotten. And only in 1857 Catalicos Nerses V had written: “Only now feeling harmless of my forgetfulness, I will write to consistory, give an order to Srapion and honourable Sogomon Oganesian-Rostinian to renovate Norashen church”. During 1895-1897 brothers Karapet and Beglar Vardaniants, with the advice of Catalicos Nerses Vth was conducted some recovery works of outside part of the church. During 1899-1900 inside scheme of the church was done by Eretspokh Nikogaes Baisogoliants consisting probable estimates of expenses. Vardan Mirsoiants the painter was invited who completed the work during eight months and for approval of his work Eretspokh invited another painter Shamshiniants who approved his work and even propose to overpay to the painter for his great job.

After Soviet rule in 1925 it was decided to build the street “Armenian Bazar”. For that purpose council was convened who decided to ruin the church Norashen. However due to strongly worded protest of Severov church was not destroyed. Meeting was held on July 2 of 1925. Up to 1931 Norashen church was under protect of Eparch Council. After that the church was transformed to book archive. Based on 1962 data such kind of book libraries was located also in Moscow, Kiev and Tbilisi.

Armenian origin of the church was proved not only by historical facts. Also by an existence of elements within the frame of the church notable for the Armenian Church only. They were the following elements: the place for christening, high location of Lord’s Table, build in the wall khachkar, Armenian lettering, which were vanished.