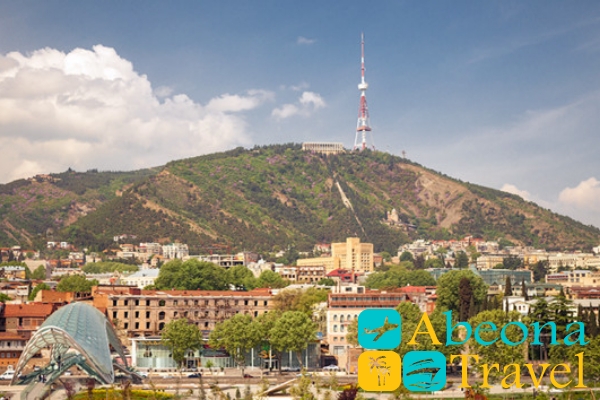 Mtatsminda mountain’s height is 770m, (“holy mountain”, Georgian “mta” – mountains, tsminda – holy). Is one of the offset of Trialeti ridge and fenced city 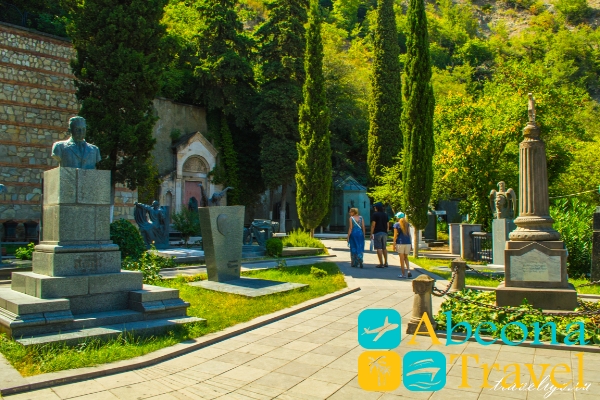 from the east. According to legend here was located monastic cell one of the 13 Sirian Fathers Saint David Garedji. In IX century church was built here. Then here was built monastery by Nikolay and Davit Gabashvili in 1542. In the beginning of 19th century (1809) destructive church was reconstructed. And present layout start to form. During 1861-1871 on this place was lifted up new temple of Saint David, called also “Mamadaviti”, which means “Father David”. The road was constructed in 1817 under the order of general Ermolov.

Outside layout of the mountain changes in the beginning of XX century. When starts construction of funicular which was opened with all honor and celebrations in 27th March of 1906.

Triangle odd in shape television relay tower is an organic part Mtatsminda panorama. Built in 1972 on mountain and has a height of 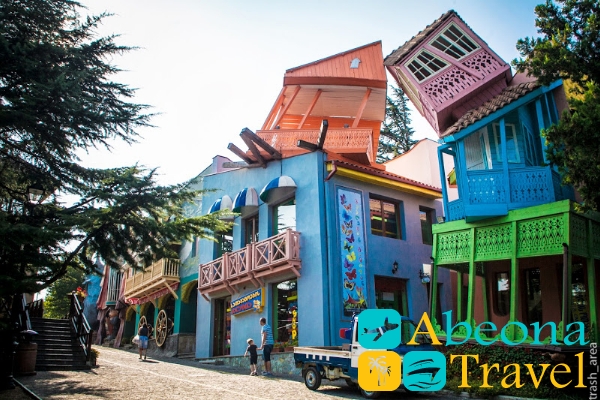 Ferris wheel in Tbilisi is also unforgettable. Its cabins are glassy, protect from the heavy wind on the top of the mountain and increase confidence.

An idea of arrangement of pantheon arose in 1915. Pantheon of Georgian poets and public characters was officially opened in 1929 to the 100 years anniversary of Griboedov’s death. Here are buried famous Georgian figures and persons: Alexander Griboedov and his wife, Nina Chavchavadze, Nodar Dumbadze, Galaktion Tabidze, Akaki Tsereteli, Ilia Chavchavadze, Ekaterina Geladze – the mother of I.V. Stalin and many more.

Mtatsminda Park or Bombora Park: Park on Mtatsminda Mountain was opened in 1938. Nowadays it is the favorite place of Tbilisi residents and guests. In the Park there are three sections: for kids, for family rest and extreme amusement zone. Park differs with its original design, many unique sculptures and funny figures among the trees. Dinosaurs which are among the pine trees looks like real ones. You can have a ride by funny playtrain on site of the park.