In Samtskhe-Dzhavakheti highland on the border of three country Georgia, Armenia and Turkey exists villages with Russian origins names: Tambovka, Orlovka, Bogdanovka and Gorelovka. There at 2050m above sea level are living Dukhobors in Georgia. 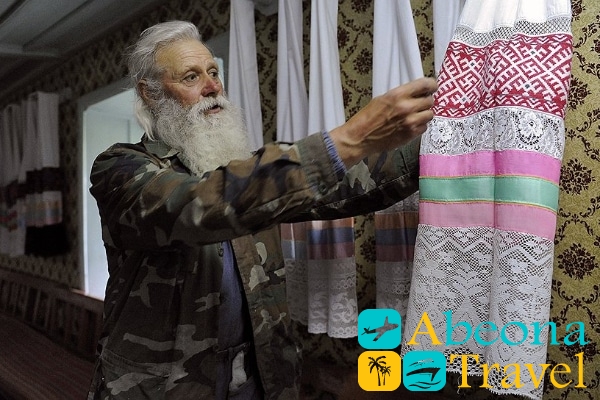 Dukhobors are special group of Russians negate the ceremonialism of the church. They didn’t go to the church, didn’t put the cross, they didn’t get married. They are praying at home and considering that God live in men soul and believe in Metanoia, they are against any army service and oath of allegiance.

The first leader of Dukhobors was Siluan Kolesnikov. He lived in Village Nikolskoe of Ekaterinoslavskoe province during 1755-1775. State was always against the Dukhobors due their refuse of army service and religious features. Dukhobors landed in Georgia by the decree of Nikolay II and during 1841-1845 5000 Dukhobors emigrated to Georgia and Azerbaijani. They settled to several villages and the names of the villages with Russian origins still are preserved.

In 1887, it was the rule to serve in army. Dukhobors were against this decree, in 1895 gathered all guns, and burned it under the song of praying. State send forward Cossacks to punish them and some of them were murdered, some of them were taken to the prison, 400 hundreds families send to different villages of Tiflis province and they were prohibited to communicate to each other.

Today approximate 170 Dukhobors lives in Gorelovka and neighboring villages. Many of them left the land and emigrated.