Balneological resort Borjomi is located in south-east Georgia in a gorge of Agura at 800m above sea level. This picturesque place surrounded by majestically Caucasus Mountain. Its famous resort got because of mineral sources. 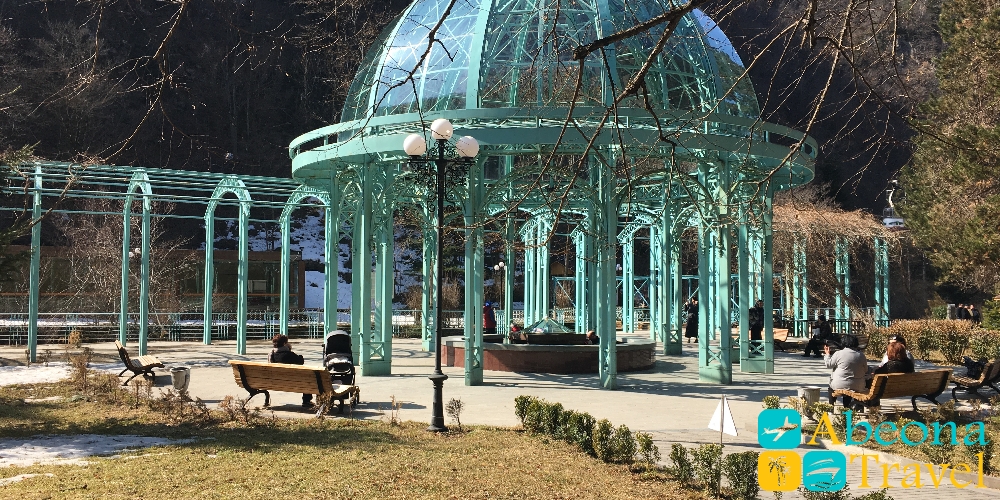 The first saying about mineral water of Borjomi was done even in 15 century, but widely famous it became after the healing of the daughter of noble lord Evgeniy Golovin. The one of the source were named by this girl – Ekaterina, the second one named by great lord – Evgeniy.

Romanov’s Family were interested in mineral source. First pouring factory was opened here by an order of the king and bottled mineral water was produced here named “Borjomi”. The very first bottles were produce from clear cut- glass, than come dark bottles. Every bottle of mineral water was packed in reedy cover, stamps were made on the bottles. The first samples of bottles and labels you can find in the local museum.

The main source of Borjomi you will find in Borjomi central park. Any desire can collect water. In the surroundings of central park is located hotels and health centers. All hotels and sanatoria are offering medical service. Renovated Borjomi central park was opened in 2005. On site you will find entertaining for kids, attractions, pools and movie. Tourist’s informational center is working in administrative center of Borjomi.

Every autumn locals celebrating the day of the city – Borjomoba. At this day there is a great feast, sound Georgian traditional music and folklore collectives are acting.