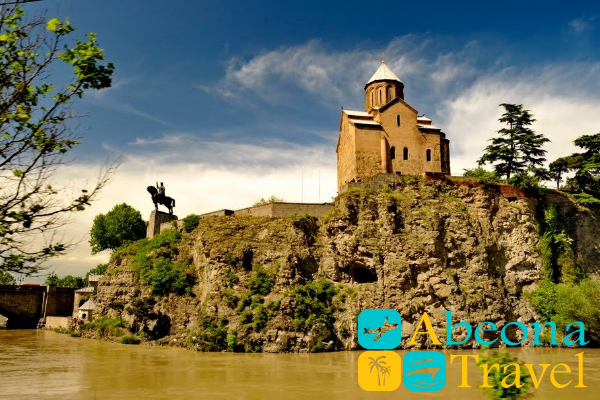 Not less famous is monument of antiquity of Tbilisi Metekhi Temple (XII century). Which stood on the ridge of stony side of Kura and former fortress and residence of Georgian kings. According to one version it is considered that the temple had been built under palace and called palatial from Greek Metokhia. It is considering that the region was populous under Vakhtang Gorgasali rule and who built here his Palace, and in VIII century on Metekhi hill, according to legend martyrdom Saint Abo Tbileli.

The main sight of Metekhi is picturesque Dormitory Church which stand on the hill (Metekhi Temple), built during 1278-1284 under the rule of Demetre II. First Georgian martyr Queen Shushanik Ranskaia she was killed by her husband in V century AC and was buried here.

During the centuries temple was ruined several time. And was suffered of invasions of Mongolians and was made renovation but than in XV was ruined again by Persians. During XVI-XVI was renovated by Georgian kings.

In XIX century church was renovate under regiment barracks. Under the rule of Beria it was almost ruined. Dmitri Shevardnadze was protesting against this and pay the ultimate price. Building was used by different organizations. In 1974 inside walls were ruined and building was transferred to the Youth Theater. Since 1988 church was active again.

In XVII adjacent territory was transformed as a fortress. And on the other side of the river arose mosque of Shah 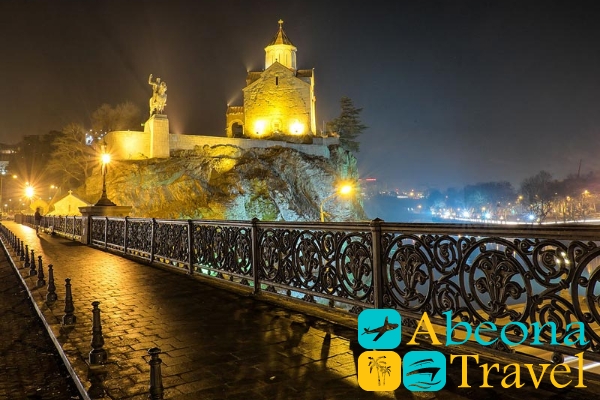 In XIX century fortress was transform in prison, the most famous prisoners were Nariman Narimanov. Lado Ketskhoveli, Kamo.

During 134-1942 in Metekhi fortress was located State Art Museum of Georgian SSR. In 1959 temple was ruined. Also the part of housing was ruined (motivate by building the bridge over Kura).

For today tourists are visiting now big but high square building from bricks, with round tower in centre with peaked house top. It is the only one that survived from ancient fortress, palace, monastery and temple.