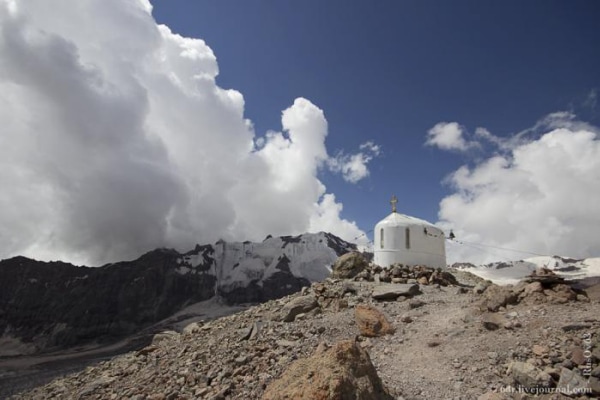 Bethlemi cave – an amazing place for a long time, considered a fiction. The name of the Bethlemi cave given in honor of the city of Bethlem in Palestine. The cave is located on Kazbek, at an altitude of over 4,000 meters between glaciers.

For the first time the Bethlemi cave mentioned in the chronicle “Kartlis Tskhovreba”. It describes how the soldiers-Khevsurs hid in the cave of the treasure of Queen Tamara, when hiding from the troops of Tamerlane. In the XVIII century, the historian Vakhushti Bagrationi in the “Geography of Georgia”, who told how difficult it is to climb into the cave by iron chain, mentioned the cave in the rock. There were legends that in this place was the cradle of the Lord, the tent of Abraham and many other miracles.

The discovery of the cave took place in 1947 by the climber Levan Sujashvili, and in 1948, on the initiative of the Georgian government, scientists under the leadership of a female climber Alexandra Japaridze explored the Bethlemi cave. The vault of the discovered cave domed, the walls were rounded, and the floor was paved with square slabs, the walls and ceiling whitewashed. Light penetrated into this cave through a small window above the door. The gates of this cave are currently stored in the Museum of local lore. Alexander Kazbegi. 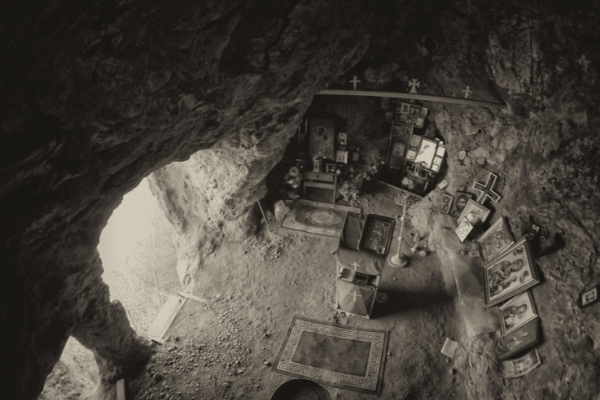 In the cave there was a Church throne, as well as the Church flag of the XI century, coins XV–XVIII centuries, bronze candlestick, wooden bowls, icon-banner, covered with a silver plate with relief images and decorated with inscriptions in the font asomtavruli. In addition, the climbers saw in the cave seats carved from andesite, arrowheads, a spoon for the sacrament, a brass tambourine, fishing hooks and other utensils. All these findings date back to the XIII-XIX centuries and are currently stored in the Kazbegi Museum.

Not far from the cave, monks ‘ cells in the rock, a tombstone and a stone cross were found. Scientists have assumed that the Bethlem cave intended for the storage of valuables in the raids of enemies in the local area. At the same time, there are several similar Betlem caves on Mount Kazbek — they are smaller and are at different heights. Who was the Creator and when created this cave temple among the glaciers of Kazbek, no one still knows. However, the Bethlemi cave – not only in the Kazbegi. There are four, smaller sizes, located at different heights.