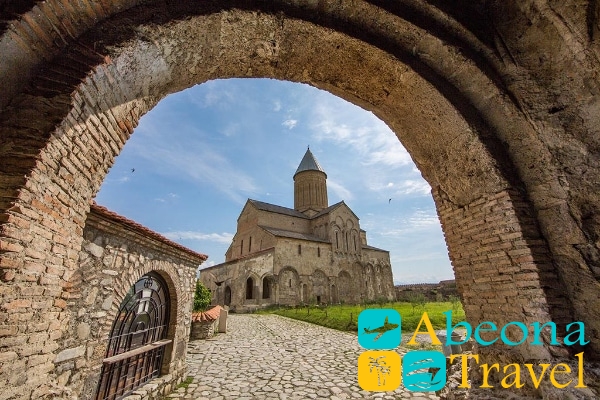 “Alaverdi monastery cellar – wine of the monks” is a thousand-year-old brand of the cellar of the Alaverdi monastery. This product is made from Kakhetian endemic grape varieties. The monastic brotherhood withstands the wine in the unique dishes of clay qvevri (Qvevris), in the cellar, built in the XI century. Alaverdi Cathedral, for centuries under the special protection of the Georgian Royal dynasty of Bagrations, has been known for its cellars since ancient times. Alaverdi monastery is a special place for Kakheti. The word “Alaverdi” is translated as given by God.

In the courtyard of the Cathedral of Alaverdi, the archaeologists found remnants of the ancient cellars VIII-X VV, which were qvevris of various sizes. In XI century Tsar Kvirike the Great together with Cathedral of SV. George built a huge monastery and outbuildings, a large cellar, fully consistent with the greatness of the Royal monastery. 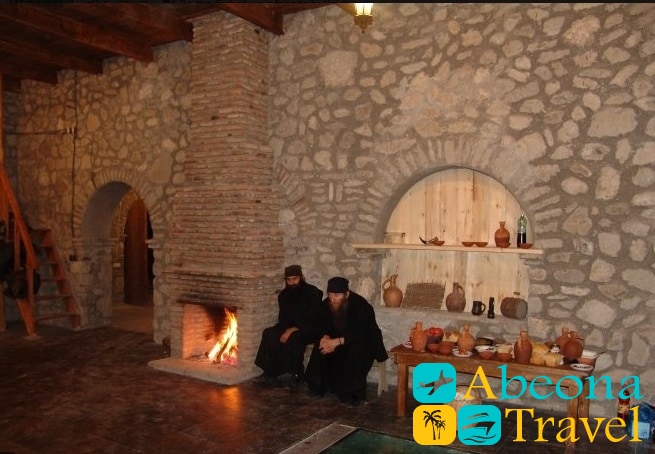 In 2006, the archaeological study of this ancient cellar began. During excavations it was discovered to fifty Kvevri, which had a capacity of about 60 tons of wine. The found qvevri are distinguished by the refinement of forms and a special way of arrangement of vessels in the ground.

Work on the restoration of the cellar of the XI century was carried out with the financial support of the company “Badagoni”. Updated cellar became operational in 2006. This ancient hearth of wine culture has become a real “gold mine” of wine from Kvevri, aged by traditional Kakhetian technology. In the twenty-first century, the wine from Kvevri again appeared before us in its entire splendor.

Making wine in Kvevri-the oldest Georgian tradition, which was passed down from generation to generation for centuries? With full respect for historical traditions and technology in the cellar of Alaverdi monastery was restored production of Kakhetian wine of Kvevri.

The wine has absorbed the aroma characteristic of these places climate, air and land. Wine from the cellar Alaverdi is particularly fragrant, velvety taste, high antioxidant and other medicinal qualities.

From the oldest times to the present day, the Monastery wine is impregnated with prayer, praising the Lord. This product helps to heal both spiritually and physically, to give thanks to God, to feel the greatness of the Georgian kings and the simplicity of monastic grace.

Monastic wine is the oldest taste and aroma preserved in qvevri.