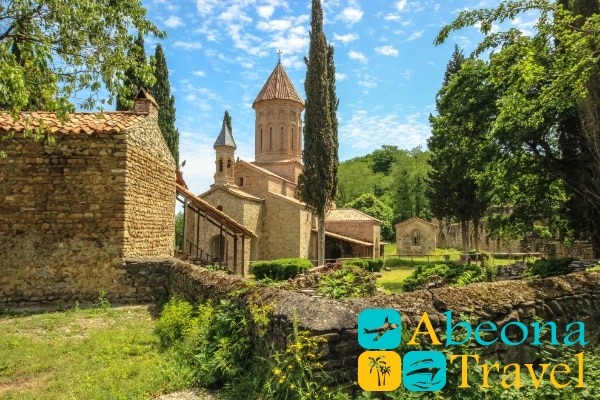 Khirsa monastery or the Church of St. Stephen Hirsely – a large ancient temple in Kakheti, in the precincts of the village of tibaani. Stands out against a similar size. It is known as the burial place of Assyrian father Stefan Hirseli. The monastery was founded in the VI century, when one of the 13 Assyrian fathers, now known as the Stephen of Hirsel Seisensui left the hill and went east, to introduce Christianity in the then kisike. At that time, mainly Zoroastrians lived here. He settled in a dense forest, and died about the year 557. His grave remained a revered place.

In the IX century, this land belonged to the Principality of Ereti. In the year 893 the Prince of Hereti declared himself king. Which led to the anger of Kakhetian king Kvirike, who helped in the war of the Abkhazian Kingdom. In the year 915 kakhetians, winning Hereti and included it in the composition of Kakheti. The construction of the temple in the monastery of Hirsi is attributed to this king Kvirike. Kvirike died in 918, so presumably the Church was built between 915 and 918 years. The tomb of Stephen Hirseli was inside the temple, in the left chapel.

Now you notice that all the arches of the Gothic Church, which gives its later restructuring. The walls in the lower part of the stone, in the upper brick. Presumably, the stone part was built in the VIII century. But when the temple was rebuilt is unknown.