The main sight of Akhaltsikhe is fortress city Rabati which is located on the small hilltop. You can see this fortress 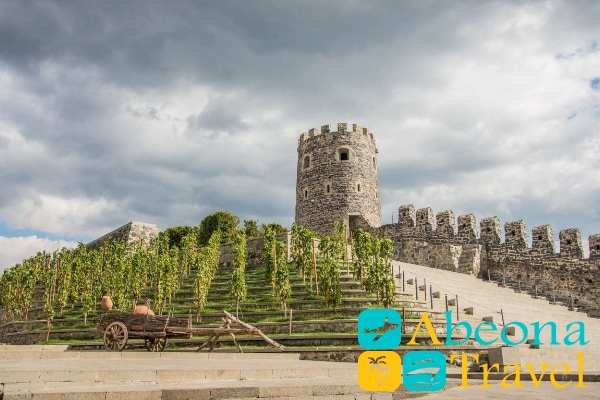 from the any point of the city. The name is derive from Arabian language and mean “tower”.

History begins from ancient centuries, nobody can tell exactly where the first tower had appeared. It is known that in XII century princely family Djakeli had built here the first real fortress. Later fortress became family residence for 300 years. Georgian feudal lord Djakeli had considered to be highlight political force of South Georgia. It is interesting that when the fortress had been built it was called “Akhaltsikhe” which means “new fortress”. Today the name remained. Now is called the city which is spread over the walls. 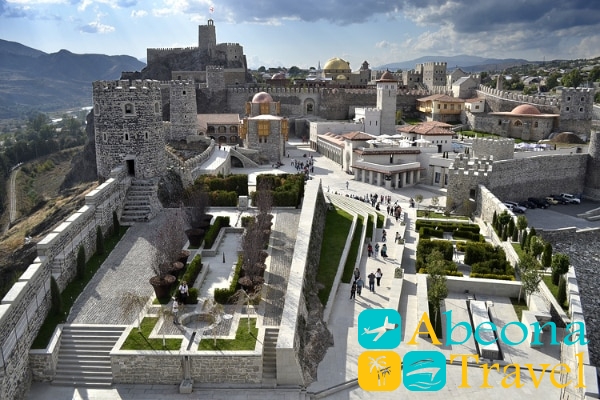 In 1393 Rabati fortress was totally ruined by Tamerlan army, he came through from conquered Iran on the earth of The Golden Horde over Caspian Sea. City and fortress renovated but after 100 years, in 1486 Mongolian khan Jakub ruined Akhaltsikhe again. In 1578 city Akhaltsikhe had took over by the army of Osman Imperia. Djakeli had lead resistance but finally took an Islam and passed to the Turks side. In Osman Imperia Djakeli had position of inherited pasha until Russian Army had come over in 1829. Osman’s renovated and strengthen fortress, called it “Rabat”. During Russian-Turkish war in 1828, combined forces of Russian Imperia and Georgia force a fortress.

During 2011-2012 fortress Rabat and Djakeli temple were totally renovated spearheaded by Georgian Government. As a result fortress Rabat return its initial face. Rabati fortress is a real cultural-historical complex it is divided on two parts, the lower part entrance is free of charge, and there you will find gorgeous park, markets, cafes, restaurants and hotel. Upper part include mosque Akhmedie (of XVIII century), orthodox church of Djakeli, as well as historical museum.